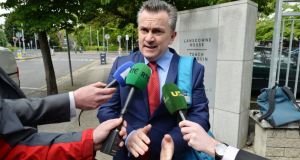 Low earners are the big winners from the pay proposals set out in the new Lansdowne Road agreement.

From the start, unions and the Government had been in favour of giving priority in pay restoration to those earning least.

The trade unions had backed flat-rate, rather than percentage increases, as these would be of greater benefit for the low paid. This has been achieved for next year, largely by amending the application of the public service pension levy. It will result in all public service staff being better off to the tune of €1,000.

Proposals for a €1,000 boost for higher earners on more than €65,000 were dropped by the Government on Thursday night. However, this group will benefit from pay restoration measures that were already scheduled for that year under the old Haddington Road accord.

For the Government, which had been concerned at some “slippage” in commitments to industrial relations harmony, the proposed new deal calls on parties to affirm that disputes will be dealt with peacefully, through binding arbitration.

There had been public comment by some Ministers about the need for greater productivity to be provided in return for pay restoration.

The document says “the parties reaffirm the need to sustain the delivery of responsive and high-quality public services within available resources. Efficiencies need to be maximised and productivity in the use of resources increased through revised work practices and other initiatives”.

The proposals list the Government’s reform plans for the various parts of the public service. However, it remains to be seen how exactly this provision will work out in practice.

These measures are hugely important in areas such as the health service, and the Government had insisted all along it would hold the line in this area.

Any criticism of the proposed accord from some union members may focus in this direction.

Union executive committees are likely to meet to consider the document in the days and weeks ahead. Ultimately, it will be up to members of unions to decide on the deal in forthcoming ballots.