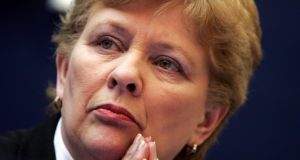 The British government must face up to its responsibilities in the face of “overwhelming evidence of collusion”, a Northern Ireland victims’ group and a human rights organisation have said.

The Pat Finucane Centre and the Justice for the Forgotten group made the call following the broadcast last night of an RTÉ Prime Time programme featuring several instances of alleged collusion involving the British army, MI5 and the RUC.

The programme collated numerous cases where British state forces allegedly colluded with loyalist paramilitaries, going back to the 1970s and running right up to the late 1990s and early 2000s.

It covered cases such as the Dublin-Monaghan bombings, which claimed 34 lives, the 1989 murder of Belfast solicitor Pat Finucane, the “Glennane Gang”, operating in Mid-Ulster during the 1970s, and the Mount Vernon UVF gang which was allegedly involved in numerous killings from the 1990s.

Both programmes also covered some of the ground of the book Lethal Allies, written by journalist Ann Cadwallader, which alleged that the Glennane gang of loyalist paramilitaries, RUC members and Ulster Defence Regiment soldiers killed up to 120 Catholics.

The renewed focus on British state collusion comes as Taoiseach Enda Kenny is due to meet the British prime minister, David Cameron, in London on Thursday. That long-scheduled meeting is arranged to address matters such as the current political deadlock in Northern Ireland, economic matters and the British referendum on Europe.

In last night’s programme, the former secretary general of the Department of Foreign Affairs, Seán Donlon, said a “certain pattern” tended to be followed in many cases of alleged British state collusion.

“The initial British response at political level was denial. The second phase was usually cover-up and the last phase eventually was apology,” he told Prime Time. “But the apology, of course, never came in the lifetime of the administration which had been involved.”

The Pat Finucane Centre and Justice for the Forgotten said that, as organisations working with the bereaved, they believed it essential to the process of truth and reconciliation “that London should face up to its responsibilities in the face of overwhelming evidence of collusion”.