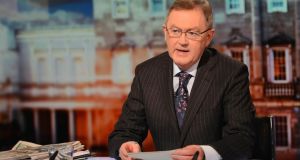 The final edition of the Connacht Sentinel has hit newsstands in Galway city as the tabloid becomes the latest newspaper to fall victim to challenging economic circumstances and changing times across the media landscape.

It has been part of the Connacht Tribune Group since it was first printed in 1925 and some of its more popular present-day columnists will move to the City Tribune from next week.

“ It is a sad day for sure,” the paper’s editor Brendan Carroll said. “I think the people of Galway have always had a great grá for the Sentinel but economics are economics and I think the writing was on the wall for a long time.”

The paper has been Carroll’s responsibility since the mid-1980s and while he has sent about 1,500 editions to the presses over the last 30 years, he struggled to identify just one stand-out story. “Most of the stories which have been most important for us have been very local,” he said.

One such story the Sentinel pushed with dogged determination in the 1980s was a long and ultimately successful campaign to have a modern radiography unit installed in what was then the Regional Hospital. It was also central to the coverage of the sudden departure of Eamon Casey from the bishop’s palace in 1992 and has been at the core of local sports and courts coverage for decades.

“I felt almost sense of bereavement when I heard the news,” O’Rourke said.

O’Sullivan, who worked on the paper for 10 years between 1986 and 1996, said: “It’s very sad to hear of the demise of the Sentinel. It was a distinct part of Galway city life for more than 80 years. Its rich blend of news, sport and culture served and satisfied a great number of Galwegians in the early part of the week before the bigger weeklies came out.”