Figures show Dublin received most at almost €18m while Laois was granted just €94,000 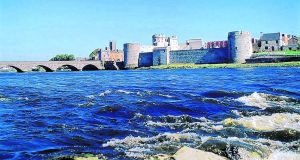 Laois has emerged as the least-funded county for tourism capital grants from Fáilte Ireland, getting just €93,750 from a €125 million fund between 2007 and 2014.

Figures for Fáilte Ireland’s most recent completed Tourism Capital Investment Programme show the areas that were already the Republic’s top visitor destinations – Dublin and the southwest – were also the places which pulled in the most capital funding.

The €93,750 spent over eight years in Co Laois compares with a grant of €5.2 million for Killarney House, in Co Kerry. Over the period, tourist attractions in Co Kerry were given grant aid totalling €11.38 million.

The largest grant, some €5.575 million, was made to support Kilkenny’s Medieval Mile which showcases the city’s history.

After Co Laois, the next lowest recipient of capital funding was Co Carlow which gained €415,745.

Co Louth was grant aided for €243,601 for projects at the Boyne Valley and Drogheda – but some of this money covered a project in Kells, Co Meath.

Spike Island, which was recently named Europe’s leading tourist attraction at the prestigious World Travel Awards, received €226,000. The largest capital grant to Co Cork went to Garnish Island, which was approved for €2.4 million.

Some expenditure was not accounted for by the county and this included spending by Waterways Ireland which was given €189,000 towards the cost of pumping facilities along the Shannon Navigation.

The figures were released to The Irish Times by Fáilte Ireland under the Freedom of Information Act.

According to Fáilte Ireland’s website, the top five fee-paying attractions during 2016 were: