Part 3 of series: It’s not surprising Poland a hub for Irish firms seeking to expand 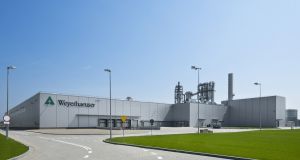 One of PM Group’s flagship developments in Poland is a 17,800 sq m fibre processing facility in Gdansk, constructed for Weyerhaeuser 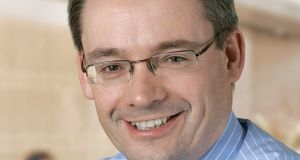 Poland may not be the most obvious destination for Irish companies looking to grow their businesses overseas, but plenty of Ireland-based firms have enjoyed success in Europe’s seventh-largest nation.

With a population of more than 38 million and easy access to a further 300 million over the country’s many borders, it’s not surprising that in recent years Poland has become a hub for Irish firms seeking to get a foothold in Central and Eastern Europe.

According to CSO figures, Poland is now the 14th largest export market for Irish indigenous exporters. The Irish-Polish trading relationship is worth €1.5 billion annually, with exports from local companies to the region rising by 26 per cent last year alone.

“It is a relatively easy place to do business for Irish firms, especially compared to some other Eastern European countries. There aren’t many restrictive practices here at all,” said John Hamilton, director of operations for Europe for the engineering, project management and architecture firm PM Group.

Hamilton should know. He spent three years living in Poland in the late 1990s while helping to get the company established there. Now back home, he still oversees the group’s operations in Poland and neighbouring countries.

PM Group, which employs more than 2,000 people worldwide, first entered the Polish market in 1997, initially working on environmental consultancy contracts for the government as part of the European Union accession programme. Shortly after, having looked at opportunities for growth, the company decided to set up a local subsidiary.

“At the time Poland looked as though it had more opportunities to scale than many of its neighbours, which influenced our decision to set up there. It might not have initially have been considered the most dynamic market, but it has become one and a stable one as well,” said Hamilton.

PM Group and JFC weren’t the only Irish companies to start investing in Poland back in the late 1990s. Many of the leading Irish construction firms, such as CRH, Sisk and Siac, also ended up there with mixed results to show for their endeavours.

“When we started, there was significant Irish investment in the country happening on the back of AIB having acquired two banks there (Bank Zachodni and Wielkopolski Bank Kredytowy). CRH also bought a very large cement plant there, and it and their subsequent investments have proven very successful,” said Hamilton.

PM Group has also done well in Poland, having built the business up substantially through working on flagship projects such as the development of a 17,800sq m fibre processing facility in Gdansk for Weyerhaeuser, one of the world’s largest forestry products companies.

“Our Polish business now contributes about €10 million a year in revenues and we employ 210 people across two facilities in Warsaw and Wroclaw. We certainly weren’t an overnight success. It took time and resources to grow our business there but we are in Poland nearly 20 years now and we think it has been a great success for us,” said Hamilton.

“Our growth in the market was largely organic. We didn’t really partner with anyone, although we did employ a few local resources in the business development area initially. I went over in 1999 to set up our office there and around 2000 we acquired a small business in Wroclaw, but most of our growth was a result of hard work, lots of resources and time,” he said.

While there are plenty of cultural similarities between Ireland and Poland, Hamilton stresses there are also plenty of differences.

“It is a much more formal country and the lack of English spoken there can be an issue for people trying to build their business there,” said Hamilton.

PM Group had to learn to deal with different building codes when it first started operating in Poland and ones that Hamilton says were in many ways superior to our own.

“I would say they probably had a better system than we did and there is still plenty we could still learn from the Polish about how they legally manage construction,” said Hamilton.

“There was no chance of something like a Priory Hall happening in Poland because there was no reliance on self-certification. The sector has a formalised structure surrounding who is responsible for what and there is also a big stress on personal responsibility. If something goes wrong then someone will be liable for it. That isn’t something that just exists in the construction sector, it permeates throughout the business world, he added.

As for the future, Hamilton is optimistic that PM Group will continue to expand in a country, which in 2015, recorded its fastest growth in four years.

“It is a large market that continued to grow during the global recession and is still expanding and it is a great place to do business,” he said.

Other Irish companies to succeed in the country in recent years include JFC Manufacturing, the Tuam-based firm headed by The Secret Millionaire star John Concannon, and Mac B, a Glanmire-based company that supplies mechanical fasteners, electronic hardware and innovative engineered products.

The latter joined 41 other Irish companies on an Enterprise Ireland trade mission to Warsaw and Prague last year during which contracts worth almost €30 million were announced.

“We ended up in Poland about 10 years ago after Tratech, an Eaton Corporation-owned firm we supplied, transferred production to a plant just outside of Gdansk. We don’t have an office there and are shipping products direct from Ireland to Eaton Poland so our experience probably differs from most companies who set up there,” said John McCarthy, managing director, MacB.

“We are lucky in many ways though because as we don’t really deal directly in Poland, we get to avoid the excessive paperwork that comes with operating there,” he added.

Concannon agrees that there is plenty of red tape to wade through in Poland.

“It is really tough to do business there. You need patience and persistence. You also need a local who knows the rule of thumb because it is difficult to get things done. We experienced countless planning delays when setting up a factory due to the number of certificates that had to be gotten. It was all very labour-intensive and exhausting,” he said.

JFC, which designs, manufactures and sells plastic products, first started exporting to Poland in 1998. The company set up its own greenfield site in the country in 2004 and for the next decade recorded good growth servicing neighbouring countries, most notably Russia. However, in recent years it has been a different story.

“Things were going great up until two years ago. Putin went into Ukraine and sanctions followed and that had a serious impact on JFC Polska’s business,” Concannon said.

“We’re hopeful though that this year will be better than the previous two. We’re committed to being in Poland and see it as a vital stepping stone to doing business elsewhere,” added.

Tomorrow: Lorna Siggins on the Polish in Galway