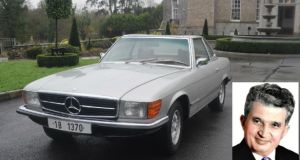 Late Romanian dictator Nicolae Ceaucescu (inset) bought his Mercedes-Benz 350 SL (above) in 1973. It is to be auctioned in aid of the Crosscause charity. 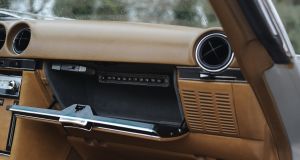 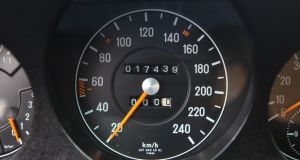 The car is a hard-top convertible and has 17,439km on the clock (see above). After 16 years of Ceausescu’s ownership, the odometer had recorded just 4,038km. The rest of the mileage was added by a subsequent owner. 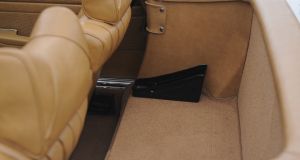 Close-up of the interior trim to the rear. The Merc was acquired by the current Irish owner in 2007 and has not been driven since. 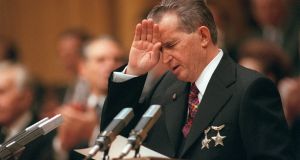 A Mercedes-Benz car originally owned by late Romanian dictator Nicolae Ceausescu and thought to be worth up to €50,000 has unexpectedly turned up in Ireland and been donated to charity.

International auctioneers Bonhams, which specialises in the sale of rare vintage cars, said the “dictator’s Mercedes, complete with ‘secret police’ technology” had been in Ireland since 2007.

It has been put up for auction by its anonymous owner to raise funds for “Crosscause, an Irish charity, founded in 2003 to support and educate more than 60 special-needs orphans in Romania”.

Bonhams said Nicolae Ceausescu was leader of the Communist Party of Romania and became the country’s president in 1967.

His regime was overthrown by popular revolt in 1989 and, after a trial, Ceausescu and his wife Elena were shot by firing squad on Christmas Day.

In subsequent years the Romanian government auctioned off the Ceausescus’ estate - including the Merc - which still contains “remnants of the security system installed by the Romanian secret police (known as the Securitate), including a Becker Mexico radio, and a Becker short-wave radio system hidden in the glove compartment”.

The car was not used much by Ceausescu himself.

After 16 years of his ownership, the odometer had recorded just 4,038km. The rest of the mileage was added by a subsequent owner.

The car was acquired by the current Irish owner in 2007 and has not been driven since.

It will be sold along with documentation including a Romanian government auction certificate and the original Romanian registration papers. The car has been fully serviced and is catalogued as “ready to drive”.

Bonhams said the car, which has a pre-auction estimate of €30,000-€50,000, had been “donated by an Irish volunteer at the Crosscause charity in the hope it will raise some money for the charity he supports”.

The car will go under the hammer at an auction of vintage cars in the Mercedes-Benz Museum, Stuttgart, Germany on March 19th.