Give Me a Crash Course In . . . the rise in sexually transmitted infections 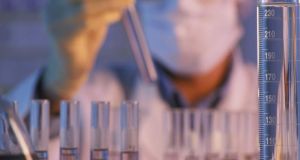 One reason for the trend is that more people are getting tested, and earlier, something which is critical for diseases that often present no symptoms

What is an STI?

It is the dark underbelly of the sexual revolution, a subject no one likes to dwell on. Sexually transmitted disease has been the companion of mankind throughout history, once incurable and unimaginably painful. An outbreak of syphilis in Europe in the 15th century killed an estimated five million people.

Modern medicine provided cures for most sexually transmitted infections but never eliminated them.

Now, in Ireland and throughout Europe, they are on the rise again, as the latest report from the European Centre for Disease Prevention and Control shows.

How widespread are they in Ireland?

Published this week, the report showed a fourfold rise in the incidence of gonorrhoea in Ireland and a doubling in the rate of infection with syphilis and chlamydia over the past decade.

Worryingly the report shows Ireland at the higher end for rates of infection among European countries, though its findings will come as no surprise to experts monitoring trends here.

Name some names. Which are the most common infections?

The HSE’s Health Protection Surveillance Centre recorded a 7 per cent increase last year in the rate of infection with chlamydia, the most common STI with more than 6,700 cases detected.

HIV, which is reported separately, saw cases increase by 11 per cent, mostly due to a rise in detections among men who have sex with men (MSM) and drug-users.

This all sounds pretty bad. I don’t suppose there are any silver linings.

It isn’t uniformly bad news. One reason for the trend is that more people are getting tested, and earlier, something which is critical for diseases that often present no symptoms.

Does it indicate Irish people are having more sex than a decade ago?

Ireland’s current demography, with the population bulge coinciding with the period of peak sexual activity, plays a part in the rising figures.

Mostly, though, the rise in STIs is fuelled by changes in sexual habits. “On all levels and at all ages, the enthusiasm for and engagement in sex has increased and inhibitions have diminished,” says Dr Derek Freedman, a long-established sexual health doctor in Dublin.

He enumerates the many factors driving the trend. The number of singletons is increasing as marriage is delayed and rates of divorce and separation rise.

There is “more openness” about MSM sex, and the availability of prophylaxis and treatments for HIV has encouraged some to take more risks, especially when drug-taking is combined with sexual activity at “chemsex” parties.

“But it’s not just MSM; we’re seeing more swingers, while older people who find themselves single again are less likely than before to stay sitting at home,” says Dr Freedman.

And we’re obviously not protecting ourselves very well?

GPs, who are often the first to diagnose STIs, are very concerned at the growing incidence of infections, says Dr Mark Murphy, communications chair of the Irish College of General Practitioners.

Of particular concern, he says, are rising rates of syphilis among MSM and an increase in STIs generally among third-level students. “It is unsatisfactory that many young people still do not practise safe-sex techniques and are exposing themselves to these illnesses.”

If birds, bees and even educated fleas do it, it’s unlikely humans are going to forgo the pleasures of sex anytime soon. So what can we do to avoid the horrors of infection?

Wearing a condom is still the best – indeed, the only – way of practising safe sex.

Regular testing is also recommended as this can minimise the effects of infection and ensure the disease is not passed on unknowingly to others.

Dr Freedman advises people to “know who you’re sleeping with. Get their name and number; give them breakfast and a return match. Put a bit of quality into your sex.”

Sex, he says, presents people with the same choices as food: “You can go to a takeaway or you can choose a nice restaurant where they cook the food slowly and you can savour it properly.”