Gallipoli centenary: The story of the last men standing 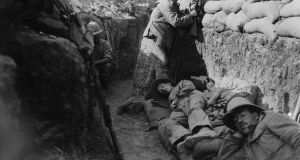 On January 9th, 1916, five British and Irish medical officers boarded a lighter from the tip of the Gallipoli peninsula and sailed to the converted troop ship, the HMHS Letitia, which was waiting at anchor off shore.

And so ended one of the greatest debacles in British military history. The Gallipoli campaign was an attempt to seize the peninsula which guarded the narrow sea lane to the Sea of Marmara and on to Constantinopole, the capital of the Ottoman Empire.

The campaign resulted in the deaths of 44,150 Allied soldiers and 141,547 casualties for the side in total, including the deaths of about 3,000 Irish. It was a complete failure.

The Ottoman Empire lost twice that number, with 86,692 dead and 251,309 casualties in total, but they managed to successfully defend their native shore.

The only successful part of the campaign from an Allied point of view was the evacuation of the five officers.

Among the five officers evacuated in the early hours of January 9th was Lt Andrew Horne, a 24-year-old medical graduate from Merrion Square in Dublin, who was serving with the 29th Division.

In a letter home to his mother, he wrote of the final evacuation as the “most exciting, dangerous and terrifying time that one could imagine”. 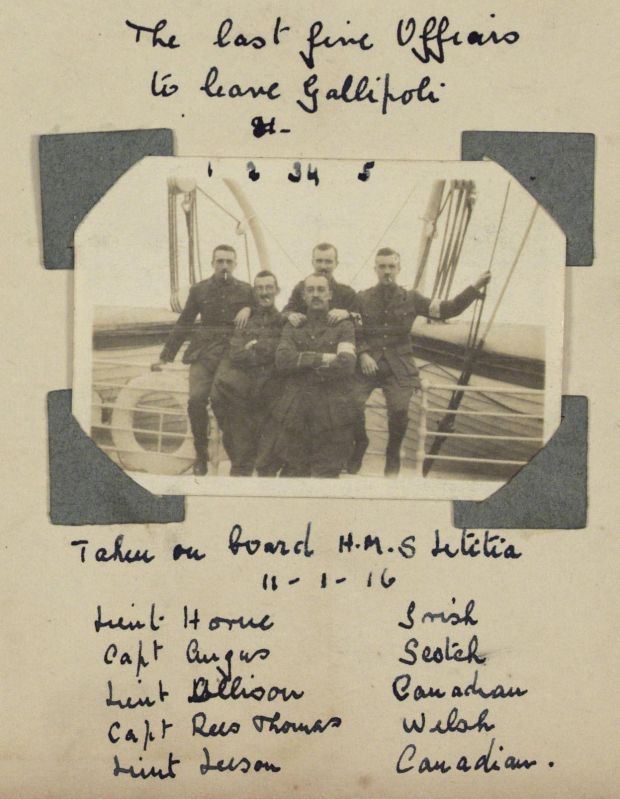 For days beforehand he had been based at W Beach on the peninsula, tending to the wounded and waiting for evacuation.

Horne wrote: “Here I lived for five days by myself and never could leave the spot.

“During this period I could never take my clothes off because immediately [as] I would do so a shell would burst somewhere on the beach with a resulting casualty.”

“We are extraordinarily lucky to be alive,” Horne wrote to his mother.

In the early hours of January 9th, the final wounded troops were evacuated from W Beach.

At approximately 4am, half an hour later, Horne and his four Royal Army Medical Corps (RAMC) officers left the peninsula.

Ten men were killed and 40 were injured in the evacuation.

Horne also brought a camera with him to Gallipoli, which allowed him to take photographs from behind the lines.

These images were only made public for the first time last year.

One extraordinary photograph shows a Turkish shell exploding in the water beside where the men were evacuating on W Beach.

His photographs were never shown in public before his twin daughters, Margaret and Patricia Horne, presented a photographic album to the National Museum of Ireland last year.

The photographs are on display in Collins Barracks in Dublin, as part of the Recovered Voices exhibition.