Funeral of Basil Blackshaw hears he found ‘wonder in the ordinary’ 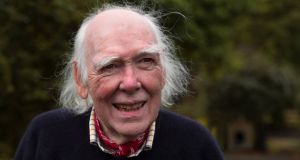 Basil Blackshaw was an artist who found wonder in the ordinary and then transformed it into something extraordinary, one of his friends told his funeral in Belfast .

His model Jude Stephens told a congregation of relatives, artists and friends at Roselawn Crematorium that Blackshaw was more than just a painter, he was a “traditional countryman who was rooted in rural life”.

“He was someone who connected effortlessly with the natural world and he lamented the pace of change in much of rural Ireland, especially in the areas that he loved and knew best,” said Ms Stephens.

Blackshaw, who died just over a week ago aged 83, was regarded as one of Ireland’s greatest and most enigmatic artists. He was known for his portraits of people such as Brian Friel, John Hume, Clint Eastwood, poet Michael Longley and writer Jennifer Johnston and former Irish Times editor Douglas Gageby, and also for his paintings of landscape and animals such as greyhounds, cocks and horses.

Ms Stephens recalled his sense of mystery and mischief. She remembered when she was modelling for him in his studio near Antrim how his regular answer when she inquired as to the time was, “It’s time enough for the individual man but man must go on through the winds and space of infinite time.”

She also remembered from one of those studio conversations his saying that he might have been a boxer had he not been a painter. His love of sport and of boxing was reflected in the fact that Barry McGuigan was one of the mourners at the funeral. 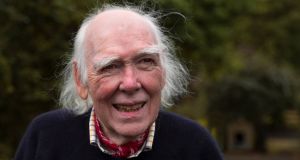 “He was a man who found wonder in ordinary things and transformed them into something extraordinary that will live on,” said Ms Stephens.

Denis Bradley, another great friend of Blackshaw’s, and occasionally his counsellor and therapist, said he could be shy and fragile and used humour and bravura to cover these up.

Mr Bradley, former vice-chairman of the North’s Policing Board, said as a therapist he dealt in words such as “the psyche”, “self discovery” and “self examination” and life as a “journey”.

“Basil had no such belief in any such nonsense,” said Mr Bradley. One of the reasons for that was because he was off people who were “not easily seduced” by such talk of “complete and open” transparency.

“I think that nature was caught, it wasn’t just observed by you, it was in your bones, in your genes, in all of your breathing and living and being - the horses and the dogs and the fowl, everything that you painted, ultimately the human beings. It was not an observation or a study, it just came - the gift was there, you put in on the paint, you put it on the canvass. And for that thank you.”

The chief mourners at the funeral were his partner, Helen Falloon, his daughter Anya, grandson Niall and sister Beryl.

Also in attendance were journalist and art collector Eamonn Mallie and his son Michael who made a recent documentary on the artist called Basil Blackshaw: an Edge of Society Man.