Apple’s tax bill, a bomb in Brussels and Beyone at the Video Music Awards 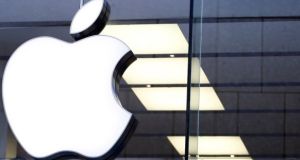 Will Apple end up paying a whopper of a tax bill after the EU rules it was given a “sweetheart” deal by Ireland?

The EU is expected to rule in the coming days that the Government gave Apple an illegal “sweetheart” tax deal. Which means the tech company could be on the hook for a tax bill of billions of euro.

A bomb exploded at the Brussels Institute of Criminology but the building was empty and no one was wounded. A car rammed through the barriers at about 3am and one or more attackers detonated the bomb near the laboratories which caught fire.

The executive committee of the Olympic Council of Ireland (OCI) played no role in appointing the council’s authorised ticket reseller for the Rio Games, a trawl of the organisation’s minutes has indicated.

Beyonce took top honours at the MTV Video Music Awards last night, winning video of the year for Formation and best female video for Hold Up. The singer turned up to the awards with supporters of the Black Lives Matter movement, including Sybrina Fulton, the mother of murdered teenager Trayvon Martin.

A permanent ceasefire is taking effect in Colombia after the military and Farc agreed a peace deal. It is the latest step to bring an end to 52 years of bloody combat between the government and the country’s biggest rebel group.

In a month where he has had to replace a lost passport, renew his driving licence, change his car insurance details, do his NCT and get a new parking permit, Peter McGuire asks: how bad is Ireland’s bureaucracy?