Ex-FF TD and sons among 126 repossession cases in Limerick 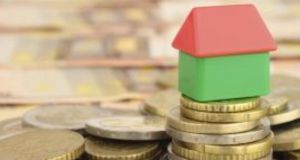 Former Fianna Fáil TD Noel O’Flynn and his sons Gary and Kenneth O’Flynn have a mortgage debt of almost €117,000 on a buy-to- let property in Limerick, the court heard

Members of a well-known Cork political family were among the 126 repossession cases heard before the Limerick County Registrar’s Court yesterday.

Former Fianna Fáil TD Noel O’Flynn and his sons Gary and Kenneth O’Flynn have a total mortgage debt of almost €117,000 on a buy-to- let property in Limerick, the court heard.

Mr O’Flynn was a TD for the Cork North Central constituency from 1997 until 2011. Gary O’Flynn, a former Cork city councillor, was jailed last month for three years for soliciting someone to kill a garda, a Revenue official and an accountant. Kenneth O’Flynn was co-opted on to Cork City Council in December 2008, and is the current deputy Lord Mayor of Cork.

A solicitor representing Permanent TSB told Limerick County Registrar’s Court the initiation of proceedings had been halted because the bank had difficulty serving notice on the parties.

She also claimed that “various games were being played” by the borrowers.

Solicitor Conn Barry told the court the defendants were from a “well-known family in Cork”.

Mr Barry, who was acting as agent for a Cork solicitors’ firm, said it was the first time the case had come before the court.

County registrar Pat Wallace was told the last repayment on the buy-to-let property was in July 2013. No member of the O’Flynn family was present in court and the case was adjourned by consent until July 3rd.

Eleven homes were repossessed at the sitting of the court, many of them primary residences.

Among the orders granted by the registrar included a mother who told the court she could not meet the full amount of her monthly payments after separating from her husband.

She said she was able to afford only half the mortgage and she had just returned to health from a three-month illness.

The Lithuanian mother of one said she could not claim from her home insurance to repair dampness and mould that was causing her sickness because the insurance company required her ex-husband’s signature on documents.

Mr Wallace granted the repossession order but put a stay on the bank executing it for 12 months.

“No one will throw you out in the street yet,” he told the woman. “Given your predicament, this might not be a bad outcome.”

In two cases, orders for repossession were granted to Ulster Bank and Permanent TSB after the borrowers had failed to turn up for any court hearing or engage with their lenders.