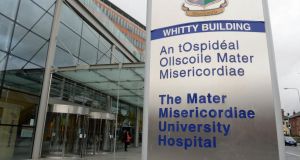 A test of the National Isolation Unit’s ability to cope with a case of Ebola will be carried out at the Mater hospital in Dublin on Wednesday.

The major incident simulation will be based on a scenario where an individual presents at the hospital with a suspected case of the disease.

It follows an incident last week where a woman was taken by ambulance and Garda escort from west Dublin to the isolation unit at the Mater, having complained of fever symptoms following a recent visit to Nigeria.

A hospital spokeswoman confirmed the woman had been admitted and was assessed as “low risk” for Ebola, but shortly after the Health Service Executive issued a statement saying this had been ruled out.

Streets surrounding the hospital were cordoned off for more than two hours, during the scare.

Following this incident, the Irish Association for Emergency Medicine said it was concerned about the Government’s preparedness for any Ebola cases given the chronic overcrowding in many hospitals.

” In a statement on Tuesday, the Mater said it was conducting the exercise as part of its “major incident planning”. The exercise would involve “all services that might potentially be called upon to assist with the evaluation and management of a potential admission to the National Isolation Unit”.

The test will take place between noon and 5pm and will involve hospital staff as well as HSE ambulance services, Dublin Fire Brigade Ambulance and the Garda.

Berkeley Road, the main access road for the unit, will be cordoned off by the Garda for about 20-30 minutes, but the time this closure will be implemented has not been specified.

“Supervised evaluation of ambulance and hospital staff will take place at all stages of this exercise to ensure that a potential patient is safely managed and the staff are well versed in the procedures that are necessary to ensure the safety of all involved,” the hospital said.

“There will be minimal, if any, disruption to the day-to- day running of the hospital. The HSE and all relevant parties have been informed,” it added.

The HSE has said the risk of a case of Ebola being brought into Ireland is low.