Reporter had recently written about his diagnosis with motor neurone disease 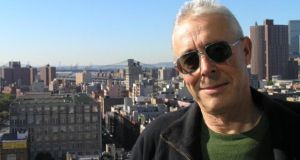 Journalist Peter Carvosso, who worked for a number of newspapers, died on Monday.

Journalist Peter Carvosso, who was recently diagnosed with motor neurone disease, has died at the age of 67.

He died in the Blackrock Clinic, Dublin, on Monday.

Mr Carvosso wrote of coming to terms with his condition in The Irish Times last week. “I haven’t even had the courage to Google it yet. I’ve been too scared to ask the doctors any hard questions,” he wrote.

“I suspect my wonderful wife knows more about my prospects than I do, but I’m frightened to ask her.”

In a long and distinguished career in journalism, Mr Carvosso had worked on a number of titles in Fleet Street before eventually moving to Dublin in the 1970s where he held senior editorial positions at Independent News and Media.

Michael Wolsey, a former deputy editor of the Irish Independent who had worked with Mr Carvosso on that title and before that for the Evening Herald in the late 1980s, said his former colleague was one of the last Fleet Street-moulded journalists, “who could turn his hand to all kinds of things”.

“He was a great guy, a tremendous journalist and a good friend,” he said.

“I remember saying to him that not many people would leave Fleet Street to come to Dublin and he said: ‘Yeah, but it’s hard to beat the fishing’.”

An avid fly-fisherman, Mr Carvosso first began to notice symptoms of his illness when he became tired more easily, finding it increasingly difficult to climb in and out of the rivers Liffey, Nore and Anner where he hunted for trout.

“I had a pain in the top of my left shoulder when I lifted my arm,” he recalled in his article for The Irish Times . “It didn’t bother me: I just put it down to wear and tear.”

“I must have known something was seriously wrong, because I started taking pictures of the loveliest pools as memories for when I couldn’t fish again.”

Motor neurone disease is a progressive neurological condition which attacks the nerves in the brain and spinal cord, eventually causing a lack of response from muscles. Its cause is unknown, there is no cure and it can develop in people of all ages. The disease also led to the death of RTÉ journalist Colm Murray in 2013.

Over a period of time, Mr Carvosso noticed he had lost weight; there was a developing pain in his left calf and later his arms began to weaken. He felt his ability to walk any distance diminish.

Faced with an obvious health concern, he attended doctors to trace the causes. It was following an MRI at the Blackrock Clinic that he was delivered the news.

He had hoped to document further his progress with The Irish Times. “My next instalment will be about how you cope when you hear your life will be much shorter than you’d expected,” he wrote in the article, published on January 13th.

“For the moment I’m happy that I can still move my arms enough to put them around my wife, squeeze her and pretend for a few moments that nothing is wrong.”

Mr Carvosso is survived by his wife, journalist Gemma O’Doherty, and son Ben.