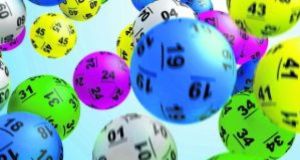 Not since Charlie Bucket slowly peeled back the wrapper on his chocolate bar to reveal the Golden Ticket will so many be so excited at checking for that most elusive of elusive things - a winning lottery ticket.

If you played the EuroMillions lottery in Ireland this week there is an extremely remote chance that you are now a multi-millionaire.

If you do find those numbers on a correctly dated EuroMillions ticket you will have won yourself a cool €86,732,923! Nice eh?

So, let the hunt begin!

Of course, a recent Irish Times investigation revealed that lottery winners are more likely to live Louth, Dublin or Donegal. But don’t worry, for every rule there is an exception.

That rule was broken by the winner of the twelfth highest jackpot in the competition’s history when €115, 436,126 was won by Dolores McNamara in Limerick in July 2005.

Still and all, look behind the cushions and check those pockets - you just never know your luck.

But, don’t worry if you didn’t play, you can always remind yourself of that age-old adage: “If you’re not in, you can’t lose!”