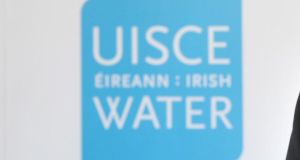 Irish Water/Uisce Éireann has begun sending out application packs to households in order to calculate their liability for the water charge.

The Data Protection Commissioner is examining Irish Water’s policy outlining how it collects and uses personal information after the office received a number of queries in recent days. The commissioner’s office confirmed it had received several calls in the space of a few hours after concerns were raised about the policy on social media and in a blog post.

Irish Water has begun sending out application packs to households which require personal details such as PPS numbers, how many people live in the property and whether it is owner occupied or rented. Water will be charged for from October 1st, with the first bills due in January.

The Data Protection Commissioner confirmed it had no objection to Irish Water seeking PPS numbers from householders to calculate their liability for water charges, as there was a legal basis for this.

“An entity which is specified in social welfare legislation is authorised to request and use the PPS number. The Social Welfare and Pensions Act 2014, which passed through the Houses of the Oireachtas in July, contains a provision which specifically authorises Irish Water to use the PPS number,” a spokeswoman said. “I understand that the PPS number is being requested and is used for verification process only whereby any allowances applied for by a customer of Irish Water are confirmed on a Yes /No basis by the Department of Social Protection. ”

She confirmed the utility had consulted the office before issuing the packs.

However, the commissioner’s office has confirmed it is examining Irish Water’s data protection policy as outlined on its website in light of a number of calls from the public. The spokeswoman said if it was believed any aspect of the Irish Water policy needed to be “tweaked”, then this would be requested.

Data protection consultant Daragh O’Brien wrote in a blog on Saturday that there were “some good things” about Irish Water’s data protection notice, but these were outweighed by other issues, including poor structure and layout that made it “very difficult to find relevant information and understand what was being done” with personal data.

Mr O’Brien said the policy had “some simply unsupportable approaches” to obtaining the consent of customers on certain issues, such as marketing. “Irish Water will wind up dealing with data protection complaints, some groundless but many with a strong basis,” he wrote. A spokeswoman for Irish Water said the policy was “absolutely” compliant.

Completing the form in the application pack is necessary, according to the utility, to establish whether a householder is a customer of Irish Water, to apply any allowances to which they may be entitled and to calculate accurate bills.