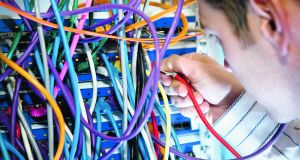 UK supporters of Concern Worldwide who give a fixed contribution to the charity each month had their bank accounts debited by up to 100 times the correct amount earlier this year as a result of computer problems.

The international humanitarian organisation said it moved swiftly to address donor concerns and apologised to them for the mistake.

The UK Charity Commission confirmed it has been in regular contact with the charity since it was contacted over the “serious incident”. A spokesman said it had been monitoring developments in recent weeks to ensure all the steps required to resolve the problems were being taken.

At the end of April, staff at Concern’s UK section made an error processing monthly direct debits of thousands of supporters, leading to increased sums taken from donor accounts.

Refunds were processed in early May after which auditing firm Deloitte was asked by the charity to carry out an independent investigation. It identified two factors which led to the processing issues.

It determined there had been problems with the installation of banking software used in direct debit collections which had led to the amounts due to be collected being increased by a factor of 100. It also found sufficient testing had not been carried out on the new software.

The auditors made a series of recommendations to Concern designed to prevent recurrences of this or similar incidents and to strengthen systems.

“We have accepted them in full and they are now in place,” a spokeswoman for the charity said.

Rose Caldwell, executive director of Concern Worldwide (UK), described it as “an extremely unfortunate incident and we are very sorry indeed for the upset it caused to our donors who we value hugely. We’ve now taken the necessary steps to ensure that mistakes like this are unable to happen again.”

A spokeswoman added it was “too early to say what impact this has had on UK donations. From the outset, Concern UK engaged directly and proactively with donors to apologise and explain what happened and we have been working hard since to maintain a strong relationship with our donors whose contributions are critical to our work with the poorest and most vulnerable worldwide.”