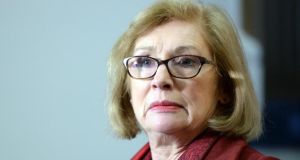 Minister for Education and Skills Jan O’Sullivan: call for her to effect a European Commission recommendation on improving pay transparency which would help close the gender pay gap. Photograph: Eric Luke/The Irish Times

The Irish Federation of University Teachers has called on the Minister for Education Jan O’Sullivan to implement a European Commission recommendation on improving pay transparency which would help close the gender pay gap.

Deputy general secretary Joan Donegan has also called on Ms O’Sullivan to make a “clear and detailed public statement” on the “extent of the crisis at NUI Galway” (NUIG).

Earlier this month, Ms O’Sullivan urged NUIG to ensure there is “proper consultation” with staff on the issue of gender equality. Ms O’Sullivan told reporters at an Impact education division conference in Galway that she believed the university’s decision to establish a task force on gender equality in the wake of a recent Equality Tribunal ruling in favour of Dr Micheline Sheehy Skeffington was a “positive response”. However, the task force “needs to be effective, and to be effective there needs to be proper consultation”, Ms O’Sullivan added.

Ms Donegan referred to the”regrettable” Equality Tribunal report’s finding that men were in minority at lecturer grade and in the majority at senior lecturer level at NUIG. She said that the European Commission has estimated that, at the current rate of progress, equal pay would not be achieved until 2185.

“Member states including Ireland have to report to the European Commission by the end of this year on the actions they have taken on foot of this recommendation.” Ms O’Sullivan should set out “clear actions as requested”.