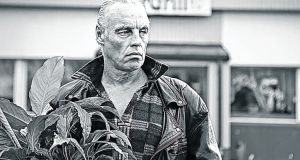 Imre Arakas was jailed by the Special Criminal Court for six years in December 2018 after he admitted to conspiring with others to murder James Gately in Northern Ireland between April 3rd and 4th, 2017.

A bid to extradite an Estonian hitman jailed for his role in a Kinahan cartel murder plot to Lithuania to face murder charges has been delayed.

Imre Arakas (62) was jailed by the Special Criminal Court for six years in December 2018 after he admitted to conspiring with others to murder James Gately in Northern Ireland between April 3rd and 4th, 2017.

Lithuanian authorities suspect that ex-wrestler Arakas was allegedly part of a three-man gang that conspired to murder a man who had an affair with Lithuanian pop star Vita Jakutiene.

He is held in Portlaoise Prison. He was expected to challenge a bid to extradite him to Lithuania on October 9th. However, it has been adjourned pending the outcome of an appeal in the separate extradition case of Liam Campbell.