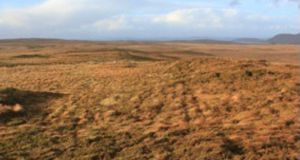 Damage caused by Storm Rachel to fragile coastal heritage reinforces the need for a dedicated State archaeological “rescue” unit, according to north Connemara archaeologist Michael Gibbons who has recorded new finds on the Galway-Mayo uplands.

The depression which hit the Atlantic coast last week coincided with neap tides, and did not have the same intensity as the early 2014 series of storm and tide surges, he notes.

He believes it emphasises the need for regional archaeology units, working with third-level institutions, to ensure inter-tidal evidence exposed by severe weather is recorded before it is lost to the elements altogether.

Ancient waste The kitchen middens, or shell heaps, are ancient waste repositories which offer invaluable clues about the diet and lifestyle of our predecessors.

Middens in and around Dog’s Bay include some of the earliest recorded by George Petrie in 1837 during his work for the Ordnance Survey, Gibbons points out.

Separately, he has uncovered new evidence of booley settlements in the Partry and Maumturk mountain ranges where cattle were grazed in summer months.

One isolated booley settlement in wild bogs to the south of Cleggan village, next to the townland of Buaile Árd – which translates as “high seasonal settlement” – is particularly interesting, he says, as it was used up until the late 1880s.