Service is well funded by European standards, but problem is not just political 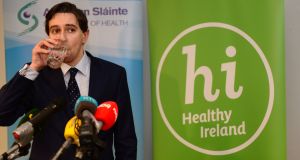 Minister for Health Simon Harris finds himself exactly where others have before: apologising for a system that does not work. Photograph: Dara Mac Dónaill

It is often the deepest mid-winter when a familiar, lingering crisis arrives on to the political agenda once again.

Trolleys pile up on corridors just as Christmas trees come down and December gives way to January, with the Minister for Health of the day answering questions about how hundreds of people cannot get a hospital bed.

The Minister in question is now Simon Harris, and Fine Gael’s rising star finds himself exactly where others have before – apologising for a system that does not work.

In truth, most politicians know that managing what Brian Cowen famously called “Angola” is an impossible task.

As the latest crisis hits, there are the usual calls for increased funding and arguments that people will have to pay more tax to fund a service that is caring for an ageing population.

This is despite the fact that Ireland has, per capita, one of the best-funded health services in Europe. Such calls for increased funding may also make it harder for those in the health sector to argue for increased pay in the coming months. There are limited resources, and the question of where those resources should be spent will undoubtedly be asked.

A problem that has more likely stunted progress in the health sector is short-term planning, with policy priorities adopted and abandoned within years.

From Micheál Martin’s tenure to Mary Harney’s co-location model to James Reilly’s universal health insurance to the managerial stewardship of Leo Varadkar and now Harris, consistency has been lacking. But the trolleys remain a constant.

In line with this Dáil and the general approach of the current Government, there is now a Dáil committee tasked with drawing up a 10-year plan for the health service, the stated aim of which is “to achieve cross-party consensus on a single long-term vision for healthcare and the direction of health policy in Ireland”.

It will almost certainly fail in that aim of “cross-party consensus”, which means it is unlikely whatever it decides – if it decides anything – will be passed by the Dáil.

The entire blame cannot be solely at the door of the political system, however. A proposal to extend the working day – mainly for diagnostics and procedures – was floated as a way of solving the current crisis, as it was floated many times before.

The Haddington Road Agreement made provision for this four years ago but it never happened. The aim of having consultants working longer hours has never been fully realised either.

There is now no future model for the health service, and no sign of one either. Nobody involved sticks to plans or commitments.

While finding political agreement will be almost impossible to reach amongst all parties, there are two – Fianna Fáil and Fine Gael – who command a Dáil majority between them.

While not in Coalition, they can sufficiently agree on other policy areas, such as taxation, as well as keeping this Government in office.

They are both likely to be the dominant parties in future coalitions, minority or majority, for many years to come.

Both often speak of the health service as one of the biggest problems that needs fixing. Could not both then agree a way forward, one that will not be jettisoned due to the whims of various ministers?