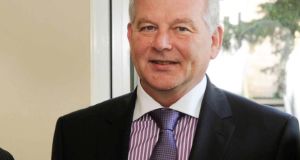 The Port of Cork has unveiled plans for a €100 million development of Ringaskiddy, in Cork harbour, which it hopes will enable the port to fulfil its role as a Tier 1 port under the Government’s ports policy.

Port of Cork chief executive Brendan Keating confirmed the port authority had already had a number of pre-planning consultations with An Bord Pleanála and hoped to apply for planning permission under the Strategic Infrastructure Act in April of this year.

The Port of Cork had an earlier and much larger proposal for Ringaskiddy rejected in 2008, following strong objections from local groups over the proposed reclamation of the Oysterbank off Ringaskiddy.

Last April, Port of Cork announced details for a scaled back proposal but it has further amended that proposal with the focus on two separate developments at Ringaskiddy East and the deepwater quay at Ringaskiddy West.

Denis Healy, manager engineering services at Port of Cork, said the first phase at Ringaskiddy East would involve building a multipurpose berth to accommodate ships carrying a range of cargoes.

The development of this area will be designed to ultimately replace the Port of Cork’s current container terminal at Tivoli.

The facility at Ringaskiddy East will also accommodate unaccompanied roll-on-roll- off freight.

It will include a 200-metre long berth to be used for container traffic and a new container yard and marshalling yard, he said.

The amended proposal will involve the removal of the existing Ringaskiddy pier, but Port of Cork plans to replace this with a new pier and public slipway at Paddy’s Point, east of the National Maritime College, near the bridge leading to Haulbowline.