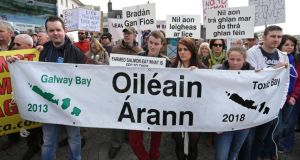 State agency Inland Fisheries Ireland (IFI) has “serious concerns” about the methodology and findings of a Marine Institute-led study on wild salmon.

The study found that pollution rather than fish farming was having the greatest impact on wild salmon stocks, and river catchments which had salmon cages close to their estuaries were performing “best” in meeting wild salmon conservation limits.

However, IFI has argued the basis for assessment of salmon populations is flawed in drawing “blanket conclusions” around fish stock numbers in rivers currently designated as “open” for catching.