Warning about PMA/PMMA drug after six deaths in Ireland 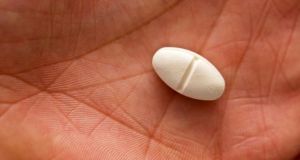 An awareness campaign to highlight the dangers of PMA/PMMA has been launched in response to deaths and hospitalisations involving the drug.

PMA/PMMA is in circulation in Ireland and is being “passed off” as ecstasy, although its effects are far more dangerous.

The Ana Liffey Drug Project has sent information and posters to drugs services, nightclubs, bars and music stores warning ecstasy users about PMA/PMMA and encouraging them to be aware about its effects.

At least six people who died between December 2013 and May 2014 in Ireland had PMA/PMMA in their system. The drugs have also been implicated in UK deaths.

One danger of PMA/PMMA is that they are slower acting than MDMA, meaning the user may believe the pills they’re taking are weaker or duds, and so they take more. This danger is compounded by the fact that PMA/PMMA can kill at lower doses than MDMA as it is more poisonous.

It’s thought that PMA/PMMA is increasingly present in pills because it is cheaper or more readily available than MDMA.

“People who make these illicit drugs are using that substance [PMA/PMMA] and therefore there’s a risk,” Tony Duffin, director of the Ana Liffey Drug Project. “This is the danger with an illicit market; people aren’t really concerned about the health of their customers.”

The Ana Liffey Drug Project advises ecstasy users that if they suspect they or a friend has taken PMA/PMMA, to seek medical advice. They are also warning ecstasy users not to “double drop” (take two pills at once) given the potency of PMA/PMMA, and to avoid mixing drugs, as alcohol and other drugs, including prescribed drugs, can all interact dangerously with PMA/PMMA.

“The recent hospitalisations and deaths were the impetus,” Mr Duffin said of the information campaign, which includes posters asking ‘When is ecstasy not ecstasy? When it’s PMA/PMMA’, along with advice for drug users.

More information is available on the drugs and alcohol information and support website, Drugs.ie

A spokesman for the Garda said: “There have already been a number of deaths where this substance has been implicated in this jurisdiction. An Garda Síochána and the Health Service Executive are extremely keen to make people aware of the dangers of this substance so that further deaths can be avoided.

“The reality is that, even aside from the three aforementioned pills known at this time to contain PMMA, other pills that come on to the illicit drug market may also contain this dangerous substance. PMMA has also been implicated in deaths in Ireland where it . . . was taken in powder form.”