Protections to include publishing tribunal findings in cases of involuntary detention 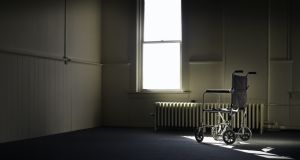 Changes planned by the Department of Health intend to significantly strengthen protections for patients who are detained against their will in mental health institutions. Photograph: iStock

The Government says it will significantly strengthen protections for patients who are detained against their will in mental health institutions.

The decisions of mental health tribunals, which adjudicate on cases of involuntary detention, will be published in anonymised form, under changes planned by the Department of Health.

At present, there is no public oversight of the operation of the tribunals.

The department also plans changes to allow advocates to attend a tribunal “at the invitation of the patient exercising his/her right to such support”.

An initial draft of legislation to reflect these changes to the Mental Health Act 2001 will be completed by the end of the year, according to a department spokeswoman.

The changes were proposed in a report by an expert group set up to review the Act, which reported last year. It made 165 recommendations to strengthen protections for people detained without consent in a mental health unit.

It also proposed a move away from the “often paternalistic interpretation” of existing legislation, the department spokeswoman said.

The Government has already made changes to the laws on electroconvulsive therapy in line with the expert group’s recommendations, she pointed out.

This change, which gives an involuntarily detained patient the right to refuse treatment, came into operation last February.

The amount paid out for professional fees and expert reports at mental health tribunals has risen by 20 per cent since 2011, in line with a rise in the number of people involuntarily committed over the period.

The chairperson of a tribunal is paid a set fee of €574 per case, the psychiatrist is paid €382 and the lay member receives €287. In addition, the rate for a psychiatrist’s independent medical examination is €477 per case and the legal representative of the patient is paid €1,196.

Many tribunals sit for short periods of time – as little as 15 minutes – according to those familiar with their operations.

The number of court challenges to detentions has increased threefold since 2011.

The tribunals, which review cases of involuntary detention, are held in private and there is no public scrutiny of their work.

It has expressed concern about the rise in involuntary detentions, which increased to 2,363 last year, from 2,162 in 2014.

It is also concerned that 70 per cent of involuntary admissions result from applications from the family of a patient or Gardaí, rather than qualified professionals.

About 10 per cent of decisions made by mental health tribunals are overturned, figures show.

The publication of tribunal decisions in anonymised form will ensure patient confidentiality but will also allow the Mental Health Commission and the public to view outcomes, according to Prof Brendan Kelly, professor of psychiatry at UCD and a member of the review group.