Over 74,000 waiting longer than a year for appointments, NTPF figures show 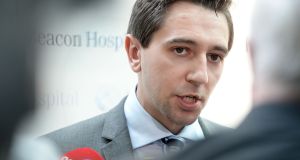 Minister for Health Simon Harris has allocated the NTPF €15 million to help address waiting lists, but this money will not be spent until 2017. Photograph: Eric Luke/The Irish Times

More than 530,000 people are on public hospital waiting lists as the number waiting for outpatient appointments and inpatient procedures rise to record levels, new figures show.

The numbers waiting long periods for an appointment or treatment also continue to grow, despite the Government’s promise to spend €50 million a year tackling overcrowding.

A record 435,000 patients were waiting for an outpatient appointment at the end of last month, according to the latest monthly data from the National Treatment Purchase Fund (NTPF).

More than 74,000 of these outpatients have been waiting for an appointment for over a year, up over 3,000 in just a month. More than 43,000 have been waiting longer than the 15-month supposed “maximum” waiting time set by the Government.

Meanwhile, 78,500 people are waiting for inpatient or day case procedures, a slight increase on the previous month. More than 14,000 of these have been waiting for longer than a year, and over 8,000 are on the list for more than the target maximum of 15 months.

The only improvement is in waiting times for gastrointestinal procedures, for which a separate list exists. The GI endoscopy list fell 1,500 to 18,000 last month as some inroads were made into the backlog of cases.

The reasons for the rise in waiting lists over more than two years are disputed. The Government blames rising demand, with an additional 20,000 procedures carried out this year.

Earlier this year, overcrowding in emergency departments forced the cancellation of non-urgent appointments elsewhere in the health system and contributed to a rise in waiting lists, but this effect should have diminished since the end of the winter.

Minister for Health Simon Harris has allocated the NTPF €15 million to help address waiting lists, but this money will not be spent until 2017.

The initiative was expected earlier this week but its publication was delayed when the Minister asked the HSE to rework the plan to provide more detail.

It is expected the new plan will see the additional resources concentrated in about nine hospitals where overcrowding has been a problem in recent times.

The number of patients on hospital trolleys exceeded 400 yesterday (Thursday), the first time emergency department overcrowding has reached this level since the start of the summer.

Figures released earlier this week show trolley numbers fell 6 per cent in August compared to the same month a year earlier, but this masked divergent trends across the country. Overcrowding was 41 per cent down in Dublin hospitals but 14 per cent up in hospitals outside the capital.

Meanwhile, at University Hospital Galway, non-urgent elective procedures have been cancelled to help deal with overcrowding in the emergency department.

Management at the hospital appealed to people not to present at the emergency department unless absolutely necessary.

A full capacity protocol has been implemented at the hospital.