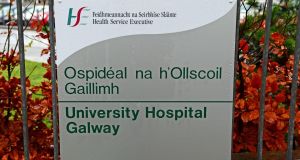 A record 530,000 people are on a public hospital waiting list for inpatient, outpatient or day care, new figures show.

The number of patients on waiting lists, and the numbers waiting long periods for an appointment, continue to soar, despite the Government’s promise to spend €50 million a year tackling overcrowding.

A record 430,000 patients were waiting for an outpatient appointment at the end of last month, according to the latest monthly data from the National Treatment Purchase Fund (NTPF).

This is 10,000 up on the previous month. Trends also indicate the rate of increase is accelerating. More than 70,000 of these outpatients have been waiting for an appointment for over a year, while 39,000 have been waiting longer than the 15-month supposed “maximum” waiting time set by the Government.

“These figures are a huge indictment of the performance of the Government, the Department of Health and the HSE in tackling long waiting lists,” commented Fianna Fáil’s health spokesman Billy Kelleher.

The hospitals with the longest waiting lists include University Hospital Galway, at 32,000, Cork University Hospital, where 25,000 patients are on the list, and Beaumont Hospital in Dublin, at 27,000. Meanwhile, almost 78,000 people are waiting for inpatient or day case procedures, a slight increase on the previous month. Almost 14,000 of these have been waiting for longer than a year, and 7,000 are on the list for more than the target maximum of 15 months.

Another 20,000 patients are waiting for gastrointestinal procedures, for which a separate list exists. The reasons for the inexorable rise in waiting lists are disputed. The Government blames rising demand, with an additional 20,000 procedures carried out this year.

Mr Kelleher said it was clear the health system was not employing sufficient numbers of doctors and nurses to meet demand.

Minister for Health Simon Harris has told the HSE to prepare an action plan setting out specific measures to deal with waiting lists to the end of this year. The plan will focus on the longest waiters first, as well as on measures to “validate” lists.

The programme for government provides €15 million to the NTPF to address waiting lists in 2017, on top of the €50 million the Government says it is devoting to the issue. Last month, the fund was given €1 million to fast-track treatment for 3,000 endoscopy patients waiting more than 12 months.

Fianna Fáil has called for the NTPF to be given the role once again of outsourcing operations to the private sector. Mr Kelleher said it was disappointing this would not happen until next year.

Meanwhile, there were 267 patients on trolleys in emergency departments yesterday, at what should be one of the quietest times of the year.

Beaumont and the Mater hospital had the highest number of patients awaiting admission, at 31 apiece.