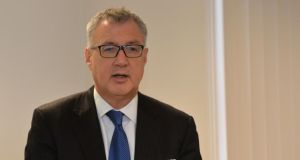 A lack of investment in palliative care services means many people are being “disempowered” at the point of death, according to a cancer specialist who is also a Senator.

Prof John Crown said a lack of co-operation between hospitals and hospices was making it more difficult to provide top-notch end-of-life care.

“We see it too often in hospitals all around the country that patients are disempowered at the point of death. Often hospitals are not hospice friendly,” said the Independent Senator.

“Some see their duty as being done where the patient has survived a medical crisis, and the links and pathways to hospice care are not suitably explored.

“The patients of cardiologists, geriatricians, neurologists and other specialities need to have the same access to specialist hospice and palliative services that cancer patients do.”

He was writing in the inaugural Irish edition of ehospice.com, a website focusing on the end-of-life care sector internationally.

His thoughts largely echo the findings of a report from the Irish Hospice Foundation last December which found two-thirds of Irish people wishing to die at home were not facilitated in doing so.