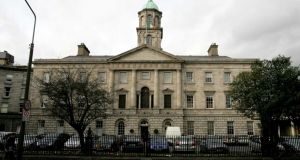 The Rotunda Hospital has warned the Government that patients will face serious health risks in overcrowded conditions unless a major interim development of new facilities is put in place prior to a planned longer term move to west Dublin.

The warning comes after a number of different outbreaks of infection in the hospital’s neonatal intensive care unit, despite careful surveillance measures, the hospital has said.

In recent days, the Rotunda proposed a €40 million extension of the existing hospital to the Minister for Health Simon Harris.

The hospital envisages that this extension would include new neonatal intensive care facilities, more single rooms and greater space for colposcopy and the CervicalCheck services.

The proposed new development would be aimed at relieving pressure on the maternity hospital pending a planned €300 million re-location to the campus of Connolly Hospital in Blanchardstown, which management believe could take up to a decade to complete.

Despite careful surveillance measures, there had been a number of different infection outbreaks

In its presentation, the Rotunda pointed in particular to cramped conditions in its existing 39-bed neonatal intensive care unit where it said incubators were only about half a metre apart – a much smaller distance than international best practice would dictate.

The hospital maintained that despite careful surveillance measures, there had been a number of different infection outbreaks in the unit as well as a fire last Easter.

It also said between one-quarter and one-third of all such intensive care facilities in the country were located on its premises and if these were closed down for a prolonged period due to infection outbreaks or other reasons, the other main maternity hospitals in Dublin, at Holles Street and the Coombe, would not have the capacity to deal with the situation.

It warned that in such circumstances, seriously ill infants would have to be flown to the UK for care.

The master of the Rotunda Hospital, Dr Fergal Malone, said the board and management fully backed the plans to move from Dublin city centre to Connolly in Blanchardstown. However, he forecast that the move could take between seven and 10 years.

He said while preparations for this re-location continued, he was “conscious of the serious risks that patients were exposed to in the physical environment of Parnell Square”.

Doing nothing for seven to 10 years pending the planned move was not an option from a risk perspective, he said.

Despite the best hand hygiene and cleanliness policies, he said, overcrowded conditions could lead to infection-control issues. He said best international practice suggested that incubators in the neonatal intensive care unit should be two to three metres apart. In the Rotunda’s unit, the gap between incubators was about half a metre.

Health watchdog Hiqa had made criticisms of the neonatal intensive care facility on foot of an inspection last year, he said.

The hospital currently deals with about 10,000 women each year. Dr Malone said in addition to the risk issues, there were also matters of dignity. At present, 44 women in the post-natal ward shared three or four bathrooms.

Under the proposals given to the Minister, an existing single-storey out-patient building would be demolished and a new facility over four storeys and containing 6,000sq m of additional space would be constructed along the side of Parnell Square next to the existing main entrance to the Rotunda.

Dr Malone said the hospital had had preliminary discussions with Dublin City Council about the plans. He said if Government approval was secured for the €40 million project, he believed it could be delivered in two years.