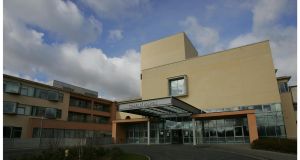 It was three years ago this summer that the then minister for health and current Taoiseach Leo Varadkar announced that the Rotunda Hospital was to move to the campus of Connolly Hospital in Blanchardstown in west Dublin.

There had been earlier plans to link the Rotunda to the Mater hospital as part of the move to develop the new National Children’s Hospital on the site at Eccles Street.

However, after that initiative fell apart, the Rotunda – the oldest maternity hospital in the world, which has been in Dublin city centre since the 1750s – was to be re-located to a new €300 million development at Connolly.

Unlike the original plans for the Mater, there would be no space problems about a move to west Dublin where there had been a surge in population levels over recent years.

Funding for the project was earmarked in the Government’s capital plan. However, the Rotunda, while fully supportive of the move, believes it could take up to 10 years to complete.

Apart from the usual lengthy planning processes, one of the main issues facing the re-location project is that Connolly is known technically as a level III hospital. It does not have the same level of services and facilities as the other larger acute teaching hospitals in Dublin which are known as level IV centres.

To bring Connolly up to the level of the other acute teaching hospitals, the Rotunda believes there would need to be new developments in intensive care facilities, laboratories and operating theatre infrastructure.

According to some informed sources, such upgrading could cost about €150 million, bringing the total bill for the planned re-location to close to €450 million overall.