Passive smoking: have the risks been overstated? 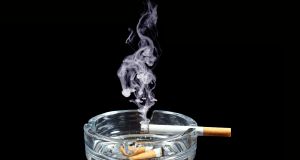 Lung cancer is the major but not the only ill-effect of smoking cigarettes. Cancer Research UK cites smoking cigarettes as causing 83 per cent of lung cancers, and inhalation of second-hand cigarette smoke – passive smoking – as causing a further 3 per cent of lung cancers in non-smokers. However, the evidence that passive smoking significantly increases the risk of lung cancer is weak and inconsistent. This is highlighted again in the latest study, but such reports attract little mainstream media attention.

Ireland was the first country in the world to introduce a full workplace smoking ban, including in pubs and restaurants, on March 29th, 2004. The purpose of the ban is to protect workers and the general public from the ill-health effects of passive smoking. Whatever about its effectiveness in that regard, it certainly makes a visit to the pub much more pleasant than it was in the days when you could hardly see across the bar through the haze of stale cigarette smoke.

Widely cited meta-analyses (studies that pool together and re-analyse the results of many individual studies) quote
a 25 per cent increased risk of lung cancer among never-smokers exposed to passive smoking. However, other meta-analyses calculate the excess risk to be about 10 per cent. These figures must be compared with the 2,000 per cent to 6,000 per cent increased risk of lung cancer in smokers compared to non-smokers.

The latest report on the lung cancer risks of passive smoking was announced at the June 2013 meeting of the American Society of Clinical Oncology, where an evaluation was presented of cancer and smoking histories contained in the vast Women’s Health Initiative database (WHI is a US health study of the main causes of ill-health in post-menopausal women). This study has complete data on smoking and passive smoking for 76,304 participants.

The WHI data showed the incidence of lung cancer was 13 times higher in current smokers and four times higher in former smokers than in never-smokers. However, among women who had never smoked, exposure to passive smoking overall, and to most individual categories of passive smoking, did not significantly increase lung-cancer risk. The only category of passive smoking that showed a trend of increased risk was living in the same house with a smoker for 30 years or more (Journal of National Cancer Institute).

This study is not yet published in the peer-reviewed literature, and the conclusions noted above might be modified somewhat in the review process. However, in view of this and other reports, it would seem appropriate not to overstate the rather uncertain link between passive smoking and lung cancer and instead to try to identify other larger risk factors for lung cancer amongst never-smokers.

Carcinogenic gas
Another significant but under-appreciated cause of lung cancer is the natural radioactive gas radon. Radon is linked to about 250 lung cancer cases each year in Ireland. This carcinogenic gas seeps into the air from rocks in the ground and we cannot avoid inhaling it.

Radon is the main source of radiation exposure to the Irish population, accounting for 56.5 per cent of the total dose from all sources. Radon can build up to dangerous levels indoors and we should all check our homes and workplaces for radon levels. Unacceptably high levels can be reduced using relatively inexpensive remediation measures. It is easy to check your house for radon. The Radiological Protection Institute of Ireland (RPII) will send you a little kit on request, to place in your home and to return to them after a few months for them to read. Full details are on the RPII website, rpii.ie.

Apart from possibly increasing the risk of contracting lung cancer, passive smoking has many other ill-health effects, including asthma, upper respiratory tract infections and other pulmonary diseases. For example, a study by H Burke and others (Pediatrics, April 2012) showed that exposure to passive smoking increased the risk of wheezing in children under two by 30-70 per cent.

And results of a study of 6,000 people in China just released by Anhui Medical University and King’s College London reports that passive smoking increases the risk of developing severe dementia.

Although it seems that passive smoking causes only borderline increased risk of lung cancer, it nevertheless makes sense to minimise passive smoking in order to change societal smoking behaviour. But we should not exaggerate the risk.

William Reville is an Emeritus Professor of Biochemistry and Public Awareness of Science Officer at UCC. understandingscience.ucc.ie

Redesigning part of the Cork flood defences may cause five year delay – council 10:16
Covid-19: Public advised to stop using all Virapro sanitary products 09:05
Putting the clocks back: Sleep experts question benefits of not changing time 07:24
New Science on Screen Film Festival to have ‘join the conversation’ theme 06:00
‘Propensity for violence’ evident in extremist protests on streets 01:00