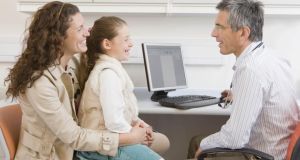 A new organisation set up to represent the interests of GPs has said it does not intend to poach members from the Irish Medical Organisation (IMO).

It hopes to attract younger doctors who are not in the IMO and advocates joint membership of the two organisations for existing IMO members.

The association says it hopes to secure a negotiating licence to represent GPs, and its membership fees, at €645 per annum, are considerably lower than those of the existing body representing the profession.

The association is a descendant of the Association of GPs, which was set up by a group of doctors in Mullingar in 1987 and had up to 750 members at one stage. It successfully fought a High Court case to establish the right of fee-per-item GPs to continue in the General Medical Scheme. About 50 GPs continue to be paid in this manner, although the vast majority of doctors have moved over to a capitation system.

Insufficient members
In 1995 the association sought the right to be a negotiating body but failed because of insufficient members. Since then it has been dormant and membership has dwindled, according to new NAGP chief executive Chris Goodey. Relaunched this month to provide specific representation for GPs, the organisation has already signed a memorandum of understanding with the business organisation Isme to provide tax, accounting and HR services for practitioners.

Mr Goodey, who has a background in medical publishing and lobbying, said he had taken over 200 calls from GPs concerned about the prospect of further cuts to their fees which the Government is expected to introduce shortly. He predicted some doctors, especially those in rural areas, will go out of business if fees are reduced again.

“There’s a perception that GPs are high-earning fat cats but the average salary is €70,000, which isn’t massive.”

The organisation is contemplating a legal challenge to the provisions in the Competition Act that prevent doctors collectively negotiating fees with the Government, but Mr Goodey said it would not be a militant body.

‘Distracted’
He said the IMO had done many positive things for GPs but claimed it was “distracted” by having to represent other medical groups such as consultants and other hospital doctors. Many doctors had been “amazed” by the size of the severance package paid to outgoing IMO chief executive George MacNiece.

The NAGP, which will be formally launched in July, is chaired by Clodagh McGuire, a Blanchardstown GP. Other directors include Jim Stacey, Andy Jordan, Bill Moore, Michael Fay, Barbara Kearns and Patrick Crowley.