Interim charities regulator to be appointed by next month 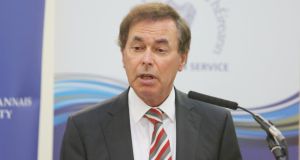 Minister for Justice Alan Shatter confirmed that sanction had been given for the appointment of an authority to regulate the charitable sector “by the end of February”.

An interim charities regulator will be in place by the end of February, the Department of Justice has confirmed.

A spokeswoman for the Minister for Justice confirmed in the last hour that sanction had been given for the appointment of an interim chief executive for the new Charity Regulatory Authority by the end of next month, with interim staff, with a full board to be in place before Easter - April 20th.

In a statment just issued, the Minister, Alan Shatter, said he would next week seek expression of interest from “suitably qualified persons” to be considered for appointment to the board of the new authority.

This would happen “with a view to making appointments before Easter to allow the Authority to come into operation at that time. Arrangements are also being made to fill of the post of CEO of the new Authority on an interim basis by the end of February”.

Minister Shatter said recent revelations about the Central Remedial Clinic had damaged public trust and confidence in the charitable sector. He said the establishment of a regulator for the sector would provide accountability and transparency whoich wuld allow trust to begin to be restored.

“I am pleased to be able to confirm that this will go ahead, with appointments to the Board of the new Authority to be made before Easter. In the meantime, I have recently received sanction from the Minister for Public Expenditure and Reform to appoint an interim CEO and a number of other staff from within existing resources. I intend to have these staff in place by the end of February, with appointments to the Board before Easter.” .

An internal department memo, seen by The Irish Times, says: “ The Dept. of Justice confirmed that the Minister intends to seek expressions of interest for membership of the Authority shortly and that sanction has been received for the appointment of the CEO and other staff from within existing Civil Service resources as previously indicated.

“The intention is to hold an internal competitive process with a view to making appointments by the end of February.”

Earler today the Minister for Health, James Reilly, had indiacted a charity regulator would not be in place until November.