Hundreds of Irish women travel to Netherlands for abortions 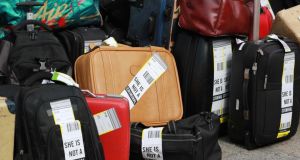 Suitcases signifying the Irish women who travel abroad to access abortion services, outside the Department of the Taoiseach. File photograph: Nick Bradshaw

Almost 1,500 women travelled from Ireland to the Netherlands over a seven year-period to have abortions.

The figures, gathered from the 17 abortion clinics in the Netherlands and verified by the HSE’s Crisis Pregnancy Programme, show 1,497 women gave Irish addresses at Dutch abortion clinics between 2006 and 2013.

Figures for 2014 and this year were not available.

Irish crisis pregnancy counselling services have been offering information on Dutch and British abortion clinics since 2005.

Dutch clinics have a reputation for providing a sensitive service and being cheaper than some clinics in Britain.

However, the number of women giving Irish addresses in Dutch clinics has declined sharply in recent years.

While 461 women are recorded as travelling from Ireland to have an abortion in the Netherlands in 2006, this had fallen to 12 in 2013.

Some 34,602 women and girls gave Irish addresses at abortion clinics in England and Wales over the past nine years, according to data from the UK Office of National Statistics.

However, the numbers rose last year, when 3,735 women gave Irish addresses in Britain.

“We have heard of women travelling to Spain, Sweden, Finland, the United States, even India, to access abortion services. It is a truly global phenomenon now.”

Casa, the biggest independent provider of abortion services in the Netherlands, operates in seven cities, including Amsterdam, Rotterdam and Utrecht.

Other clinics dealt with far smaller numbers, such as the Beahuis and Bloemenhove clinic in Heemstede, in northern Netherlands.

The clinic provides abortions up to 23 weeks and saw 10 Irish women between 2009 and 2013. They have seen two Irish women so far this year.

“We rarely see Irish women. I suspect they turn to abortion providers in the UK for help,” a spokeswoman said.

Abortions are also carried out in Dutch hospitals.

Abortion services in the Netherlands are governed by the 1984 Termination of Pregnancy Act, which legalised abortion.

The purpose of the Act, according to the Dutch ministry of health, is to “balance two potentially conflicting interests: on the one hand it seeks to protect the life of the unborn child, and on the other to help women who are in a difficult position as a result of an unwanted pregnancy”.

It requires a five-day “reflection period” between a woman’s first consultation with her doctor and the procedure taking place, except in emergency situations or when the pregnancy is less than 16-days’ gestation.

An abortion cannot be carried out after 24-weeks’ gestation.

Any clinician who performs an abortion that does not satisfy this requirement, or who performs one after 24 weeks, is liable for a prison term of up to four years and six months, or a fine of up to €11,345.

Abortion services are free for Dutch citizens and the country’s abortion rate is one of the lowest in the world.

Contraception is widely available and, apart from condoms, is free on the national health system.