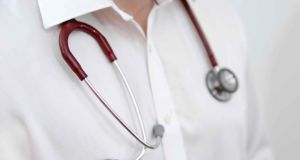 Positive Action is a support group for women who received anti-D immunoglobulin produced by the Irish Blood Transfusion Service Board between 1977 and 1991. Photograph: Andrew Matthews/PA Wire


The HSE has withdrawn funding for the hepatitis C support organisation Positive Action due to what it described as “significant deficits” in the governance of the organisation.

In a letter to its chairwoman this week, the HSE said it would not provide further funding this year based on “ongoing concerns relating to the significant deficits in the governance of Positive Action”.

“These deficits give rise to concerns which are of such a serious nature that the HSE no longer has confidence in the governance of Positive Action and its ability to manage public funding in a responsible and appropriate manner,” the letter said.


Funding
Last night the organisation’s chairwoman, Antoinette Fitzgerald, said its executive “has been in communication with its membership about the position adopted by the HSE in relation to funding”.

“It’s very sad that in our 20th year the HSE has chosen not to fund Positive Action, a support group of 727 members, mainly women who were given hepatitis C through State infected contaminated anti-D which has had a devastating effect on their lives and that of their families.”


Support
Positive Action, a support group for women who received anti-D immunoglobulin produced by the Irish Blood Transfusion Service Board between 1977 and 1991, received an average of €600,000 in HSE funding between 2006 and 2011, accounting for about 98 per cent of its annual income.

The HSE took over the running of Positive Action in January after raising what the executive described as “serious concerns” over its governance and management of public money.

On February 20th, the organisation was given a week to present its case for the continuation of funding from the HSE, the deadline for which expired on Thursday last.