Results of more than 4,000 smear test not affected by ‘major communications failure’ 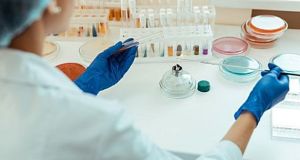 The Health Service Executive has made several significant announcements following publication of a report by Prof Brian MacCraith.

Five times more women than originally estimated have been affected by delays in their cervical smear test results because of a “major communications failure”.

HSE chief executive Paul Reid apologised to the 4,088 women affected and said he wants to develop a culture of “putting women first”. He offered “a sincere and genuine apology for all the concern that has been caused” to the women over the issues in informing them of their outcomes.

A total of 4,088 women were affected after an IT failure and “human error” impacted the distribution of results from US-based Quest Diagnostics Chantilly laboratory.

In a rapid review report on the delay, its causes and impacts, Prof Brian MacCraith found that in the case of 873 women no results were sent to them or to their GP. In the remaining 3,215 cases, the DCU president who was tasked by Government to lead the review, established that the results were sent to GPs but not to the women themselves.

Before the review, the Health Service Executive had estimated that approximately 800 women had been affected, five times fewer than the actual number.

Prof MacCraith, a physicist, described it as a combination of human error and IT failings rather than an IT glitch. He said there were “compatibility issues” between the Quest Diagnostics and CervicalCheck IT systems resulting in manual inputs which in turn meant that failure was “almost inevitable”.

The report’s author said there was an “absence of clear lines of authority and clarity of role responsibilities within CervicalCheck [the State-funded cervical cancer screening service]”.

He also found a “constant theme of women frustrated by poor service and lack of information – their information” and the decision not to inform women about the IT problems “and its implications for a full six months”. He said this was perhaps the “most significant” impact of the delay.

Mr Reid said at the launch of the report that all the women were being informed over the next few weeks but he stressed that they were low risk cases.

When the issue arose last month it was announced that women would be informed but HSE clinical director Dr Colm Henry said there was a “process of validation” and the priority had been to inform people whose results changed from testing negative for HPV, the virus which can cause cancer, to positive.

As a result of the review, the HSE will introduce a new smear test tracking system which patients can access, and a new structure for CervicalCheck will be examined.

Internal audits are to be implemented for Quest Systems, where the IT failure occurred.

Development of a national cervical screening centre in the Coombe Hospital in Dublin will be accelerated.

Mr Reid stressed that the HSE was “developing a culture of putting women first” and would engage with patients representatives.

Prof MacCraith observed in his report that “the culture of engagement between patient representatives and the Department of Health is not positive”.

Mr Reid said the HSE accepts “entirely” Prof MacCraith’s findings. “I want to embrace them all, implement them all and go beyond that.”

The issue arose after Quest Diagnostics was appointed to provide additional capacity to address the backlog in testing after the offer of free repeat smear tests. These were offered in the wake of the original CervicalCheck scandal about non-disclosure to more than 220 women diagnosed with cervical cancer.

The report found that results from the IT system in the Chantilly, Virginia-based laboratory were not passed onto the CervicalCheck system and resulted in “manual workarounds”. It also found that there was a “gross underestimation of the scale and implications of the problem” and that the 3,025 tests were at risk of expiry while in the backlog after the delay in reporting the results.

Within CervicalCheck there are too few people dealing with too many significant projects, the review also found.

Prof MacCraith called on the HSE to act quickly to ensure the screening programmes becomes well structured and to give highest priority to recruitment.