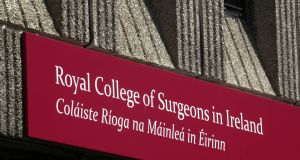 The next time a Cork man tells you he’s from the People’s Republic, or a Kerryman declares that he is from the Kingdom and is, therefore, special, pay attention. They may, in fact, have a point.

The first genetic map of the people of all parts of Ireland carried out by a team of geneticists and genealogists shows there are subtle DNA differences between people across the island.

So far, the Royal College of Surgeons of Ireland (RCSI) team has identified 10 distinct clusters, roughly mirroring ancient provinces and the impact of the invasions of the Vikings and the Ulster Plantations.

People frequently display a strong sense of regional identity, and it now appears there may be a scientific basis for it, says Prof Gianpiero Cavalleri who the research.

It does not mean someone from Munster is dramatically different to someone from Donegal in looks or traits. Instead, there are “very subtle genetic indications of kinship or relationships”, he says.

The correlation with provinces is “quite remarkable”. In Munster, the genetic kinship links date back to two 10th-century “Gaelic” clusters linked to the kingdoms of Dál Cais and the Eóganacht.

Based originally on the banks of the Shannon, the Dalcassians spread throughout Munster, reaching the height of their fame during the time of Brian Boru, though the clan produced three more High Kings afterwards.

The dynasty of the Eóganachta, meanwhile, is centred on the branches of the royal house that descended from Conall Corc, who established Cashel in Tipperary as his royal seat in the late fifth century.

The researchers, led by the RCSI and the Genealogical Society of Ireland (GSI), published The Irish DNA Atlas; Revealing Fine-Scale Population Structure and History within Ireland in the journal Scientific Reports, on Friday.

Population geneticists and genealogists collected DNA samples from 196 Irish people with four generations of ancestry linked to specific areas across the island of Ireland.

The analysis, once compared with samples from Britain and Europe, showed up 10 clusters – seven linked to ancient Irish kingdoms and three of shared British-Irish ancestry.

The latter, obviously, are mostly found in the north of Ireland. There are high levels of “northwest French-like” (probably Celtic) and “west Norwegian-like” (probably Viking) ancestry within Ireland.

The findings will add to the knowledge base required to improve the diagnosis of diseases where genes play a strong role, particularly for populations of Irish ancestry, says Prof Cavalleri.

However, it is not possible to say if genetic differences are influencing particular diseases, but the work, nonetheless, does offer “a better framework for the study of genetic disease”, Prof Cavalleri says.

Lead author Edmund Gilbert of the RCSI says the research shows Ireland acts as a sink of Celtic ancestry, with its genetically closest continental European population lying in the Breton region in northwestern France.

For those interested in genealogy and Irish history, the study “challenges many of our received narratives on the origins of the people of Ireland”, says co-author Michael Merrigan of GSI.

Historians and students of medieval Ireland will now enjoy new avenues for research, particularly those “researching the Irish medieval genealogies and the history of Irish clans/septs”, he says.

Paying tribute to the Genealogical Survey of Ireland, Prof Cavalleri says it had helped them to track down people “who could demonstrate that all eight of their great-grandparents had been born within 50km of each other”.

This allowed researcher to create a genetic map similar to the 2015 one produced in England: “This is a live study – the more people who participate the greater resolution we can achieve,” he says.

Creating the first genetic map of the people of Ireland is a result of a collaboration between RCSI scientists; their international network of experts, and a voluntary organisation, the Genealogical Society of Ireland (GSI).

It provides “an exciting example of how citizens can contribute to important scientific discoveries”, according to Prof Gianpiero Cavalleri of RCSI.

The Irish DNA Atlas project is also an ongoing study, which is supported by Science Foundation Ireland. The more people who participate “the more extensive the research can become” – especially in evaluating disease trends in certain population categories.

If people have ancestry from a specific part of Ireland and are interested in participating, they should contact Séamus O’Reilly of the GSI at irish.dna@familyhistory.ie