Hunger the ‘least important’ factor in determining what we eat 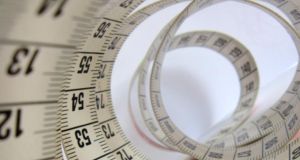 Fast-food and soft drinks account for “a minority” of calories we consume but we focus on those items while ignoring foods such as potatoes, chicken and meat which account for most of our calorie intake, Prof Mike Gibney, head of UCD’s centre for food and health, said yesterday.

Asked if a fat and sugar tax would curb obesity rates, he said everything should be on the table. “The question is: how do you define if it works?”

He seriously doubted a claim that a tax of 10 per cent on sugary drinks would reduce the number of obese adults by 10,000. If someone cut back on sugary drinks their bodies would seek those calories elsewhere.

Intake
“It’s very easy to talk about how a tax would reduce your intake. I’m not too sure how that would impact long-term on obesity. If I thought it would, I would be the first to vote for it.”

He said this “tsunami of lard” tended to come in waves throughout centuries and by blaming one thing we were ignoring the complexity of the problem. Hippocrates [who was born in 460 BC] wrote in his essay on the Scythians that the girls were “amazingly flabby and podgy” while obesity was common in ancient Rome.

“Food choice is the most complicated thing you are ever going to see,” he said. What we ate was determined by anthropology, biology, sociology and psychology, while hunger was the least important issue.

He was speaking at an open meeting in Dublin organised by the Food Safety Authority of Ireland’s food safety consultative council with the theme: “Who is responsible for what we eat?”

The authority’s chief executive, Prof Alan O’Reilly, said measures such as taxes on certain categories of food could lead to claims of a nanny state and they ignored all the other causes of obesity. If you taxed fat and sugar because they caused obesity, then shouldn’t you tax sofas and televisions?

“People over-eat and they eat the wrong foods and so on...but people also don’t take enough exercise, so why not tax all of the other aspects like lifts, escalators...why focus just on food with respect to fiscal measures?”

Healthier options
He said the food industry had a window of opportunity to voluntarily introduce healthier options with reduced fat and sugar. If they failed to do so more stringent regulations and tighter controls would be brought in. He called for a carrot and stick approach, similar to that used in reducing road deaths.

Prof Reilly also pointed to a recent initiative by the Dubai municipality which gave people one gram of gold for each kilo of weight they lost over a month.

“People were queuing to lose weight. Maybe Minister Noonan should have introduced that in the budget,” he added, not entirely seriously.