EU body urged to be more open on tobacco contacts 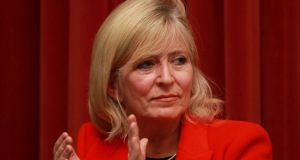 The Irish Cancer Society has called on the European Commission to be more transparent about its contacts with the tobacco industry in the wake of an investigation by EU Ombudsman Emily O’Reilly.

In a letter sent to European Commission first vice-president Frans Timmermans, the association’s head of advocacy called on the commission to ensure meetings between EU staff in all divisions of the European Commission and the tobacco industry were disclosed.

“The Irish Cancer Society strongly urges you to extend the proactive transparency policy in place in DG Health and ensure the online publication of all meetings commission staff have with the tobacco industry,” the letter states. “There is an irreconcilable conflict between the interests of the tobacco industry and the interests of public health.”

The commission had been due to revert to the ombudsman by December 31st, but has requested an extension of a month.

Ms O’Reilly’s report in October sharply criticised the commission’s transparency policy regarding contacts with the tobacco industry, accusing the commission of breaching its obligations under the World Health Organisation disclosure rules.

Connections between the commission and tobacco lobbyists were revealed in 2012 when the Maltese health commissioner John Dalli was forced to resign after an anti- fraud investigation connected him to an attempt to influence EU tobacco legislation.