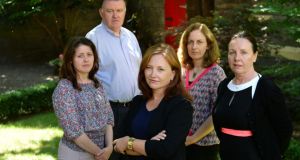 First, run a funding competition based on woolly criteria. Then, leave the results sitting on the Minister’s desk for months (or at least until after the local elections are over). Delay the bad news until the day existing funding runs out. Provide no external means of appeal.

In all, 26 health and disability groups have been relieved of support. Another slew applying for the first time were also rebuffed. Many now face closure.

In contrast, the success of groups such as the Migrant Rights Centre, the Immigrant Council of Ireland and the Irish Men’s Sheds Association in securing six-figure funding signals a shift in thinking behind the funding Scheme to Support National Organisations (SSNO).

In previous rounds, health and disability groups secured up to half the available funding, but this time around they are largely absent from the list of 55 successful applicants.

“I’m sure these groups are providing much-needed services, but there seems to have been a change in approach,” says Diarmaid Ó Corrbuí, chief executive of the Carmichael Centre, which provides a home for voluntary organisations in Dublin’s north inner city.

Applicants were required to show they were national organisations working with disadvantage, yet no definition of disadvantage was provided. Ó Corrbuí claims a bias against health groups, as though medical disadvantage were somehow inferior to economic or cultural disadvantage.

Chronic Pain Ireland provides assistance to 120,000 people trying to cope with severe pain. “Many of them are highly disadvantaged: they can’t work, they’re isolated, stigmatised and lonely, and there is no community care service,” says chairman, John Lindsay.

The association used the €40,000 it formerly got under the scheme to hire a part-time staff member to answer the phone, organise meetings about self-medication and publish a magazine. By helping people to treat their pain more effectively, it saved the State money – €24,000 in the case of one woman who went off medication – he points out.

Having lost funding, it now has to make its sole employee redundant, which, again, will cost the State money, and wind up activities at the end of the year.

While the application process took place in February, groups were told they would be informed about the outcome on May 30th, which just happened to be a week after the local elections. But on that Friday before the June bank holiday, applicants were told no decision had been made and staff should be put on protective notice.

The department promised to have news in early June but organisations were not informed until June 30th, the day on which funding under the existing scheme ran out. “I don’t mind them saying there is no more money after 2016, but to say you’re off funding from today is outrageous,” says Mr Lindsay. Chronic Pain Ireland has tried to get funding from the HSE, the National Lottery and the Dormant Accounts Fund with no success, and it won’t be able to get matching funding now that the department has closed the door.

Former minister for the environment Phil Hogan told the Dáil he wanted to make funding available to “as many organisations as possible within the prevailing resource constraints”.

Pobal, which managed the scheme for the department, has pointed out there is an appeal process – one that allows the department to hide from media queries by saying it can’t comment while this process is “live”.

“A month’s delay means a month without any funding for a small organisation like ours,” says Mags Rogers of the Neurological Alliance of Ireland, which is to close at the end of the year due to lack of funding.

That will end 18 years of advocacy on behalf of people with epilepsy, multiple sclerosis and other neurological conditions.

The department’s cuts are only the latest blow for voluntary organisations and the people they support. Aside from the recession and ongoing HSE cuts, public donations have declined in the aftermath of the Rehab and CRC controversies.

Corporate sponsorship, in particular support from pharmaceutical companies, is also down. The wind-down of Atlantic Philanthropies has sent charities that benefited from Chuck Feeney’s generosity over the years scurrying in search of other sources of support.

As Rogers points out, it all adds up to a “perfect storm” for the charity sector.