ECT is most effective way to treat depression, research says 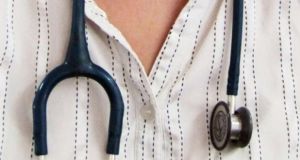 Inducing a brief seizure on a patient by applying a small electrical charge to the brain under anaesthetic is the most effective treatment for severe and life-threatening depression, according to the latest scientific research.

Inducing a brief seizure on a patient by applying a small electrical charge to the brain under anaesthetic is the most effective treatment for severe and life-threatening depression, according to the latest scientific research.

The use of electroconvulsive therapy (ECT) can lead to cognitive side-effects, including problems with memory function, particularly autobiographical memory.

ECT is usually carried out by placing electrodes on the temples on both sides of the head.

Even though it tends to be short-lived, some patients have complained of losing autobiographical memory - their store of personal memories - following the procedure.

However, new research carried out at *St Patrick’s University Hospital in Dublin has found that by modifying ECT, memory side-effects can be reduced while maintaining the therapy’s effectiveness.

Professor of psychiatry at Trinity College Declan McLoughlin, who led the research, published in the American Journal of Psychiatry, found that by altering the position of the electrodes on a patient’s head when carrying out the therapy, side-effects to the brain could be reduced.

The researchers from Trinity College decided to alter the position of the electrodes and use the “unilateral approach”, whereby one electrode was placed on the right temple and the second was placed near the top of the head on the right side.

ECT is believed to work by increasing the production of growth factors in the brain and improving connectivity between nerve cells.

Prof McLoughlin says he hopes the research will help to improve the acceptability and availability of this “often misunderstood treatment”.

“This is especially so for those severely ill patients who are likely to benefit from ECT but do not have ready access to it and experience delayed treatment and unnecessarily prolonged suffering,” he said.

ECT is usually given two or three times a week for an average of eight sessions to patients in Ireland, Britain, northern Europe and North America.

About 6,000 people with “severe depression” are treated in Irish hospitals every year.

While some respond well to medication and counselling, about one-third of patients do not respond to these therapies.

*This article was edited on February 25, 2016. An earlier version of the article said the research was carried out in Trinity College Dublin. The study was actually conducted at St Patrick’s University Hospital under Professor Declan McLoughlin