Call for annual health screen for those with mental illness 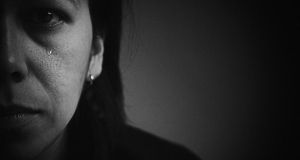 Everybody with a serious mental illness, such as schizophrenia or manic depressive illness, should have an annual health screen with an emphasis on risk factors for heart disease, according to Prof Jogin Thakore, associate professor of psychiatry at Trinity College Dublin.

On average, patients with schizophrenia live up to 25 years less than expected, while those with manic depressive illness or bipolar disorder live an average 12-13 years less. Apart from suicide, the most common causes of death in patients with mental illness are natural ones, including heart disease. According to Prof Thakore, this group have a large number of the risk factors for heart disease such as smoking, poor diet, lack of exercise and higher rates of Type 2 diabetes.

“Up to 95 per cent of people with schizophrenia smoke and usually have started before they go on medication. They don’t take enough exercise or eat the right foods and interestingly, neither do their siblings. Maybe it’s not all down to the medication.”

Prof Thakore is speaking about the physical effects of mental illness at the RCSI MiniMed open lecture series tomorrow evening, at the RCSI, St Stephen’s Green. Free registration at rcsi.ie