Analysis: Surge in health and longevity segregated by social class

Stark difference noticeable along class lines, with better-off accounting for most of gains 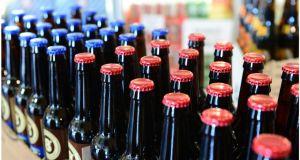 The ESRI research adds to the science supporting further measures to reduce alcohol consumption, by marking the role played by digestive diseases (notably cirrhosis caused by excess drinking) in the mortality rates between rich and poor. Photograph: The Irish Times

Many of the fruits of the Celtic Tiger era may be gone, frittered away or shrunken in value, but growing life expectancy stands as one of the few lasting gains.

The life expectancy of Irish people, at almost 81, is now up there with international averages, after years when it lagged behind our European neighbours. Every second girl born today, we are told, will live to 100 – a startling fact that raises its own challenges.

That’s the good news about life expectancy, but the latest research by a team from the Economic and Social Research Institute, TCD and NUI Maynooth shows a more complicated picture. It points to a stark differential between the growth in life expectancy across social classes, with better-off groups accounting for most of the gains.

The fact there are major inequalities in health is nothing new; landmark research by the Institute of Public Health in the 1990s pointed to big differences in health outcomes between the richest and poorest in society – a four-year gap in life expectancy and a doubling of cancer rates, for example.

Smoking and excess alcohol consumption are two of the more obvious factors. That is why these two behaviours are the subject of major public health initiatives: the plain tobacco-packaging legislation and minimum pricing of alcohol.

The ESRI research adds to the scientific base supporting further measures to reduce alcohol consumption, by pointing to the role played by digestive diseases (notably cirrhosis caused by excess drinking) in the gap in death rates between rich and poor.

Another factor disproportionately affecting life expectancy in poorer groups is young male suicide. Despite this focus and greater investment in mental health, the young male suicide rate continues to be among the highest in Europe.

The research also suggests a rise in workplace and farm accidents may be driving the difference in death rates between the top and bottom of the social ladder. Again, while such accidents can never be eliminated, well-framed policy measures, such as were applied to cut the toll of deaths on our roads, can produce results.

Ireland’s success in driving up life expectancy from a mere 66 years in the years after the second World War is the product of a long, slow improvement in living standards and more emphasis on healthy living.

Rates of smoking have been slashed, especially among men. We’re far better at dealing with heart disease and stroke, as well as respiratory diseases. And although cancer is more common, survival rates are rising rapidly.

The challenge now is to hold on to these gains, especially given the rise of lifestyle-related chronic diseases such as diabetes, and to ensure the gains of improved health are shared by all.