G8 summit at a glance 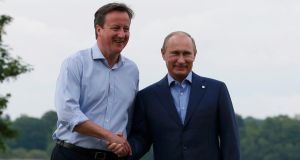 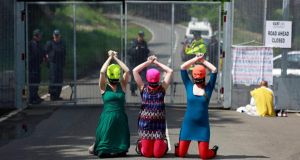 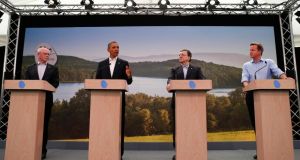 Syria will dominate the agenda at the G8 talks when Vladimir Putin meets tonight with US president Barack Obama for bilateral talks.

All of the G8 leaders, including the Russian leader, have arrived in Northern Ireland for at Lough Erne for two days of talks.

Taoiseach Enda Kenny was among the European leaders who met with US president Barack Obama at the G8 summit in Northern Ireland today to approve the launch of of negotiations for the EU/US free trade deal.

British prime minister David Cameron told them that a successful conclusion to negotiations would deliver “more jobs, lower prices in our shops and help for hard-working families”.

The escalating civil war in Syria is rising to the fore of the agenda for the G8 summit with attention fixed on deepening divisions over Syria between the western powers and Russian president Vladimir Putin.

Mr Obama faces a stern pushback from Mr Putin to his move to arm the rebels fighting the Assad regime.

Amid intensive security at the Lough Erne resort and its outskirts, all eight leaders will discuss Syria over dinner tonight in a session on foreign policy.

“The EU is convinced that we are at a critical juncture, after tens of thousands of deaths, millions of displaced and refugees, we are in front of a fractured and radicalises Syria,” European Council president Herman Van Rompuy said as he arrived at Lough Erne.

When peace was achieved in Northern Ireland it gave the whole world hope, Mr Obama told an audience of 2,000 people at Belfast’s Waterfront Hall.

The Summit is the biggest political gathering ever held on the island, with the leaders of the US, Britain, Russia, Germany, Canada, Japan, France and Italy all attending.

Protesters are still thin on the ground ahead of a planned demonstration this evening. Campaigners are due to march from Enniskillen library to the security cordon surrounding the Lough Erne resort .The G8 involves biggest security operation ever mounted in Northern Ireland.

US first lady Michelle Obama visited Trinity College in Dublin with her daughters Sasha and Malia. This afternoon she attended the Gaiety Theatre for a special viewing of Riverdance.

21:25 Joe Biden emphasises unity in first speech as President of the US

2:29 ‘Democracy has prevailed’ - Biden and Harris are sworn in on historic day for the US