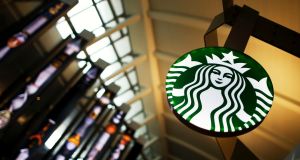 Three Starbucks outlets which opened in Cork city centre over the past year do not have adequate planning permission, An Bord Pleanála has ruled. Photograph: Lucy Nicholson/Reuters.

Three Starbucks outlets that opened in Cork city centre over the past year do not have adequate planning permission, An Bord Pleanála has ruled.

Complaints were made to Cork City Council after the cafes opened on Patrick Street, Emmet Place and Princes Street.

However, An Bord Pleanála has ruled that the cafes represent a change of use and planning permission is now required.

In July of last year concern was expressed about the opening of a Starbucks café at the historic Queen Anne House at the corner of Emmet Place/Opera Lane in Cork city centre. Queen Anne House has been used in recent years as a retail store with the façade protected.

Following its redevelopment as a cafe serving drinks and food, a complaint was made to Cork City Council that the outlet does not meet the necessary planning requirements.

Planners in City Hall inspected the complaint and issued a warning letter to Starbucks telling them their store represented an unauthorised change of use.

Starbucks Head Office in the UK was contacted about planning permission issues in Cork but no response was forthcoming.

Starbucks is the largest coffee house company in the world ahead of UK rival Costa Coffee with 21,536 stores in 65 countries and territories.