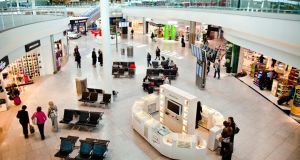 Commuters could be brought from Swords to Dublin city centre in 35 minutes – only five minutes more than proposed for Metro North – on a new Bus Rapid Transit (BRT) system.

The Swords and Dublin Airport line is one of three BRT routes planned by the National Transport Authority to provide high-capacity and fast services, without the price tag of rail lines.

Indicative costs for the three routes suggest they could be developed for under €650 million, with the Swords/Dublin Airport line and the Blanchardstown to UCD route costing €150 million to €200 million each, and a line from Clongriffin to Tallaght estimated at €200 million to €250 million.

All three routes could be introduced for a fraction of the €3 billion plus estimated for Metro North and significantly less than a light rail Luas line.

“BRT seeks to emulate the performance and amenity characteristics of a modern rail-based transit system, but at a much lower cost – about one-third of a light rail system,” the authority said.

While not quite matching the speeds of an underground rail line, the BRT proposal has features which are similar to a tram line. Tickets would be bought from from vending machines at the stops, or passengers could use the integrated ticketing Leap card, but would not buy tickets from the driver.

The vehicles would have multiple doors at stop platform level to increase boarding speed and the line would have a similar number of stops to a Luas line, far fewer stops than a standard Dublin Bus route, which reduces journey times.

However, the real gains in travel times would be in the segregation of the line from “normal traffic” the authority said, and from giving the buses priority at traffic lights.

A “BRT only” lane may not be feasible in the city centre,but could be incorporated on major roads on the outer sections of the routes.

The services could carry 2,400 to 3,600 passengers in each direction an hour, with buses arriving at a frequency of up to two minutes. The 18-metre long Swiftway vehicles would have single decks, but could carry 125 passengers, compared to 87 passengers on a double-decker Dublin Bus.

The Swords route is the most advanced in terms of planning. The authority estimates that, at about 35 minutes, the journey to the city centre would be 38 per cent quicker than current bus times, and would also compare favourably with an average car travel time of 50 minutes.

The authority plans to start public consultation on the routes on February 17th and hopes to lodge an application with An Bord Pleanála this year for the Swords route, with an application for the Blanchardstown-UCD scheme due to be submitted either at the end of this year or early next year. The authority has yet to indicate when it will advance the Tallaght line.

The Swords line could go to tender next year, but construction of the schemes would be dependent on funding availability, it said.