Night restrictions on Dublin Airport runway may be lifted 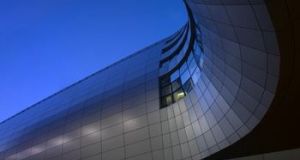 Terminal 2 at Dublin Airport. Night flight restrictions in An Bord Pleanála’s planning approval for a new runway at the airport may be set aside soon. File photograph: Getty Images

Night flight restrictions in An Bord Pleanála’s planning approval for a new runway at Dublin airport may be set aside after EU legislation comes into force this month.

An Bord Pleanála granted planning permission for a second main runway at the airport in 2007 with 31 conditions - two of which were of particular concern to the Dublin Airport Authority (DAA), which manages the airport.

These were, firstly, that neither the new runway nor the existing main runway would be open between 11pm and 7am.

The second condition of concern was that flights at the airport’s other runways would be subject to “a limit of 65 movements” between the hours of 11pm and 7am. A movement consists of a landing and a take-off.

The conditions were imposed after a campaign of opposition to more flights at the airport from some local residents and the group United Portmarnock Residents Opposing Another Runway (Uproar).

Now, however, the conditions are due to be reviewed. This follows the introduction of new EU legislation on airport noise which provides for a new assessment of permissible noise levels from all EU airports. 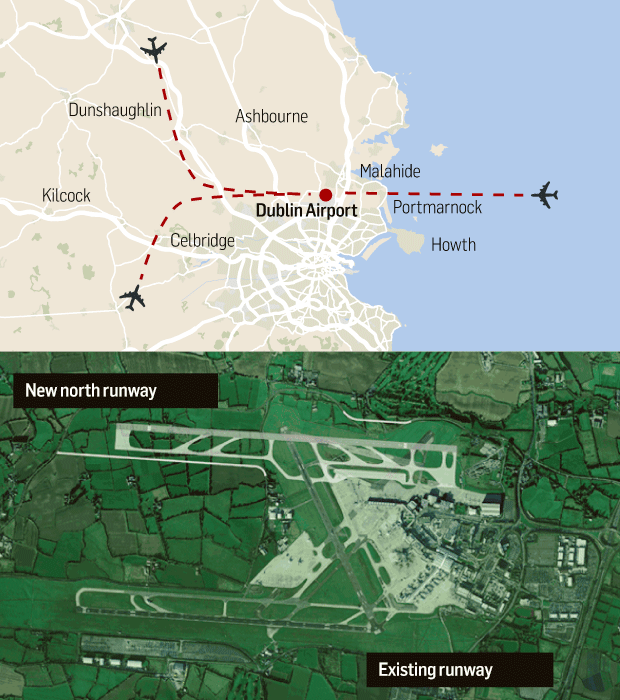 EU regulation 598/14 calls for a “balanced approach” to noise reduction by encouraging the use of quieter aircraft, improving land-use planning around airfields, imposing quieter airport ground operations and – in some cases – limiting overnight flights.

A spokesman for the European Commission’s transport directorate said this “balanced approach on noise management” was initially put forward “by the International Civil Aviation Organisation” which regulates air navigation worldwide.

He said regulation 598/14 established a new legal framework for when “noise-related operating restrictions are considered”. He said the framework consisted of a process that the authorities must run based on international principles.

The steps of the process are: identification of the problem; consideration of the range of possible noise-mitigating measures; a cost-effectiveness analysis, and a consultation and a notification process with all stakeholders.

The significance of the new legislation was underlined in a briefing note for Minister for Transport Shane Ross, who was told the new runway was going ahead “only on the understanding” that restrictions imposed by An Bord Pleanála’s planning permission were “reviewed by a new competent authority”.

Mr Ross was told while the DAA has made a decision to move ahead with the second runway, it was “doing so only on the understanding that a new legislative framework relating to operating restrictions will be put in place with a view to paving the way for the operating restrictions imposed under the planning process to be reviewed by a new competent authority”.

A spokesman for the DAA said it had “indicated to the Department of Transport, Tourism and Sport that we needed clarity in relation to the new EU noise regulations before we decided to move ahead with the project”.

He said the DAA had “not yet made a final decision in relation to addressing those two conditions” within the proposed framework.

A spokesman for An Bord Pleanála said it was “open to the DAA to apply to the board to seek to make revisions” if it thought fit.