Question: Lead levels in our water pipes – should we be concerned? 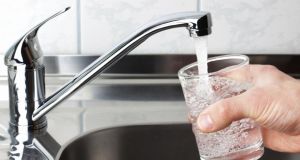 The news that Irish Water has found lead levels in some Dublin homes up to more than 80 times the European safety limit has prompted serious concern. While the public piping has been lead free for years, in many older homes the connections leading from the mains supply still contains the element.

But why should we be so concerned? Well, lead is a dangerous toxin and the list of deleterious effects is long and worrying – it affects the nervous and organs systems. It is particularly damaging to infants and can cause permanent neurodevelopmental damage, leading to cognitive and behavioural problems later in life, significantly impairing impulse control among other things.

Those behavioural problems are at the centre of a theory that, as economist Rick Nevin put it: “Neurodevelopmental damage caused by early-childhood lead exposure affects national crime trends with a lag of about two decades, when those lead-poisoned children reach the peak ages of criminal offending. The USA homicide rate has tracked trends in lead exposure for more than a century with a 21-year time lag.”

The theory proposes that widespread lead exposure, predominantly from airborne lead particles from petrol emissions, can partially account for the sharp rise in violent crime from the 1970s to the 1990s, and the equally sharp decline in crime rates from the 1990s is related to the banning of leaded petrol two decades or so before.

In a 2013 article in US magazine Mother Jones, writer Kevin Drum dove into the science behind the hypothesis, citing the work of Nevin as well as researchers Jessica Reyes, Howard Meilke and Sammy Zahran.

Drum concludes it amounts to “an astonishing body of evidence. We now have studies at the international level, the national level, the state level, the city level, and even the individual level…All of these studies tell the same story: Gasoline lead is responsible for a good share of the rise and fall of violent crime over the past half century.”

The exact level of responsibility for lead is difficult to calculate - Nevin has suggested as much as 90 per cent of the variation in violent crime is due to lead exposure, whereas Reyes puts the figure at 56 per cent. Like any such theory, it is strenuously contested.Among the most convincing counterarguments is by Duke University professor Philip Cook, who points out that “any ‘cohort’ account of why violence rates have been dropping requires demonstration of a downward trend in violence involvement from one birth cohort to the next”, and he can’t find that evidence.

The theory acknowledges lead exposure is just one possible factor in crime rates rather than a directly causative effect. But on a larger scale, mounting lead pollution and crime rate data from around the world appears to show the same pattern, raising some troubling questions. Above all, how much of our behaviour is altered by environmental pollution?