Half a million not registered with Irish Water, C&AG says 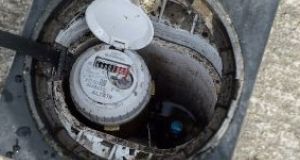 Over 500,000 households have still not registered with Irish Water, the Comptroller and Auditor General (C&AG) report has found.

Over 500,000 households have still not registered with Irish Water, the Comptroller and Auditor General (C&AG) report has found.

The C&AG findings show at the end of August 1,099,545 homeowners have handed over their details to the utility.

A further 284,327 who have access to their own supply have also registered with the company.

However 524,132 households have yet to comply with the requirement to register.

Anti-Austerity Alliance TD Paul Murphy said the figures show there is still momentum against the charges.

“Figures from July 1st show 70 per cent of customers had registered for Irish Water.

“These figures show just a two per cent increase. It is our belief that nobody more is registering.

“And the registration figures are somewhat irrelevant. It is the payment figures that we want to see and Irish Water will not give them to us.

“The last figures showed while 72 per cent had registered, 43 per cent had paid. It is our belief we can still beat the water charges,” he said.

The registration figures are broadly in line with the Government’s expectations.

In 2013 and 2014, Irish Water received a total of €1.2 billion in grants, loans and capital contributions from central government.

The C&AG report said further funding of €1.4 billion is expected this year and next year.

It said this year a €399 subvention was required and €479 million will be outlined next year.

However it said the level of Government subvention to the company in the future is a complex thing to predict.

“The calculation of the actual amount of the subvention in each year will be complex as it will depend on the actual volume of water used by Irish Water’s domestic customers, the number of customer households and the number of children in respect of whom a water allowance is due.

“The payment of the subvention will be examined as part of the audit of the Local Government Fund from 2015.”

The C&AG report said the Government’s revised water charges plan announced by the Minister for the Environment Alan Kelly reduced the annual costs by €59 million.

“This resulted in a revised total allowed revenue of €2 billion for the period October 2014 to December 2016, representing a reduction of 8.5 per cent on Irish Water’s proposed cost recovery,” it said.

In November last year, Mr Kelly confirmed capped charges would be in place until 2018.

A family would pay €260 and a single person would pay €160. Anyone who registered with the company would receive a €100 conservation grant.