Eight ways to address the housing and homeless crisis 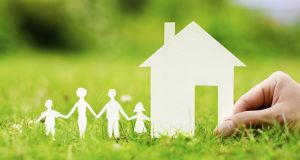 Pros: The removal of building levies – the charges paid by developers to local authorities – could ignite a sudden surge in building, given a limited time frame in which builders might raise profits on developments. It could also help kick-start confidence in the sector.

Cons: Local authorities won’t like it and would probably fight it. A reduction in levies would mean a reduction in their own revenue stream.

2 Speed up the planning process

Pros: It takes approximately three to four years to build a housing estate from early acquisition and planning to handing over the keys of a new home.

Delays can be pointed at during the planning process.

Cons: There is no “quick fix” here and it is unclear by how much such a measure would reduce the time frame. Also high levels of accountability and oversight are critical.

Pros: Government-funded social housing schemes, delivered by housing associations, are administered through local authorities, which can lead to delays. Centralising the process by bringing in a single specialised agency could iron out the creases.

Cons: Again, local authorities may see this as a further reduction in their oversight and taking away local decision making.

Pros: Housing associations could build developments for middle-income earners, priced out of urban areas, at 80 per cent of the market rental rate based on income qualification. It would require little State funding and provide quality accommodation with local authority support.

Cons: So far there has been little appetite to pursue such a model while a cultural dislike of long-term renting also persists.

Pros: Increasing the threshold to which rent supplement applies could allow low-income earners to compete for accommodation.

Cons: It could simply lead to a further hike in record rental levels. There is also the cost of funding it.

Pros: A supplementary measure to increase the effectiveness of rent allowance. The theory is if more landlords opt in, more properties will open up to lower-income tenants.

Cons: Such a move may not survive as a short-term fix and it would reduce tax revenue from landlords.

Pros: The 3 per cent levy on idle development land will not fully take effect until 2018. Speeding up this process, even to 2017, as well as raising the levy stakes, might result in a freeing-up of land for building.

Cons: Developers may see it as a further tax, or cost, to providing housing.

Pros: This could have a particular impact on students. Offer owner-occupiers a short-term period of tax-free rental income for spare rooms in their homes.

Cons: For many people, this would not be a long-term fix and would do little for families trying to find a home.