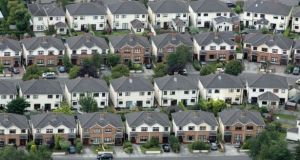 The Department of the Environment has advised Dun Laoghaire - Rathdown County Council to seek legal advice in an ongoing disagreement between the two bodies over building standards.

The department opposes a decision by councillors requiring new buildings to meet specific eco-friendly standards and has sought its own legal advice on the issue.

The “passive house” standard has been included in the 2016-2022 county development plan despite persistent objections from the department as well as the former minister for the Environment Alan Kelly.

The councillors have now written to the new Minister Simon Coveney, saying any intervention by the department to change the development plan would be “a breach of local democracy and an “insult” to voters.

The standard involves the use of high levels of insulation and typically triple-glazed windows in new buildings, which makes them virtually airtight. But the Government has argued that it threatens housing supply by forcing builders to meet excessive requirements.

Councillors responded to a letter from the department last year by passing a motion that “all new buildings will be required to meet the passive house standard or equivalent, where reasonably practicable” which Cllr Marie Baker (FG) said offered some “wiggle room”.

But the department remained unsatisfied with the development plan, which came into effect in mid-March, saying the building requirements were vague. In a letter sent to DLR chief executive Philomena Poole in mid-April, the department expressed concern over how the policy sits with the State’s obligations under EU directives and legislation as well as the council’s role under the Planning Acts.

The department added that it had sought the advice of the Attorney General and would be in touch with the council again when her instructions are to hand. “The Department strongly recommends that Dun Laoghaire – Rathdown County Council seeks its own legal advice before finalising and implementing [THE]policy,” the letter stated.

People Before Profit councillor Karl Gill said the department seemed “hell bent on preventing the introduction of progressive, eco-friendly building regulations to the point where they threaten legal action”.

“We feel that writing our own County Development Plan is what we were elected for and any attempt to prevent us from progressing with the CDP as is will be viewed as a serious breach of local democracy and an insult to our position as local elected representatives and those that voted for us,” they wrote.

A spokeswoman for the county council management said: “we note the Department’s position in relation to this matter”.